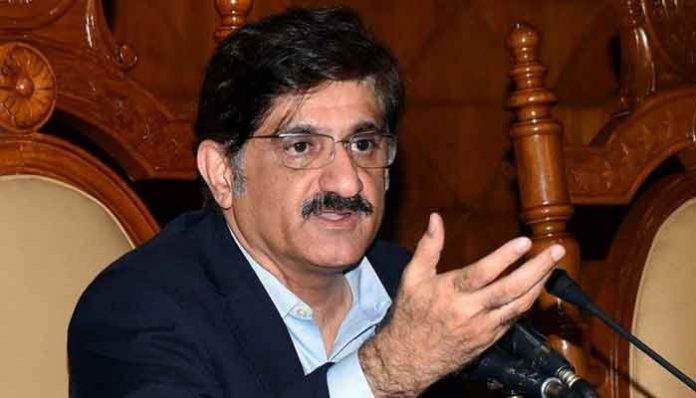 KARACHI:after the rains, large potholes have formed on the roads of every area including the main cities of Karachi. Sindh Chief Minister Murad Ali Shah should issue immediate instructions to all Deputy Commissioners and Municipal Commissioners to cover potholes on the roads for rain emergencies so that the flow of traffic continues and people can be protected from getting injured by falling into the potholes. According to the announcement of the traffic police, 145 places and 97 roads of Karachi are suffering from damage due to recent rains, due to which the flow of traffic is being disturbed In this regard, the DIG Traffic Police has also sent a letter to the Additional IG. This was said by Kaukab Iqbal, Chairman   Consumers Association of Pakistan while addressing a review meeting at CAP’s head office. He said that the rains are the mercy of Allah. Because if there were no rains, the water supply would have been left for a few days. We should be thankful that Allah sent rains all over Pakistan. This is a great blessing of nature to Pakistan. According to the forecast of rains, the government cleaned the drains of the city of Karachi, but the ignorant people not only filled them with garbage on Eid al-Adha, but also put sacrificial items in them. Kaukab Iqbal said that the government should impose a ban on rearing and slaughtering animals in the entire city on Eid-ul-Azha like other developed countries. A place should be reserved for this in every district of Karachi so that garbage cannot be piled up all over the city, due to which diseases increase. He said that Public-Private Partnership should be established to get rid of the monsoon rains.  Due to which, on Eid al-Adha, the butchers do not think when skinning the animals and the skin from which the leather is exported to the world market and earns foreign exchange. Kaukab Iqbal praised Karachi Police Chief Javed Alam Ohodo and said that the traffic police in various areas of the city, including Korangi Causeway, not only tried to fill the potholes with their own resources. Rather, hundreds of damaged vehicles stuck in the rains were also pushed to the side and motorbikes including motorcycles were also started. . He said that on behalf of the people of Karachi, I pay special tribute to the traffic police officials for these commendable steps. It is hoped that they will continue the same efforts which will restore the confidence of the people in the police. Kaukab Iqbal further asked the chairman of the Consumer Association of Pakistan that the government should call a meeting of the market associations and assess their losses in the rains and make immediate payments.  He said that there should be a complete ban on the use and manufacture of plastic bags as it has worsened the condition of the entire city. He emphasized that despite the fact that the contract has been given to pick up garbage from house to house, there are huge illegal garbage dumps on the roadsides of every area, which are destroying the beauty of the city of Karachi. Therefore, the government should take action against those who throw garbage on the streets by imposing Section 144. If heavy fines and imprisonment are given, surely Karachi can also become Dubai.