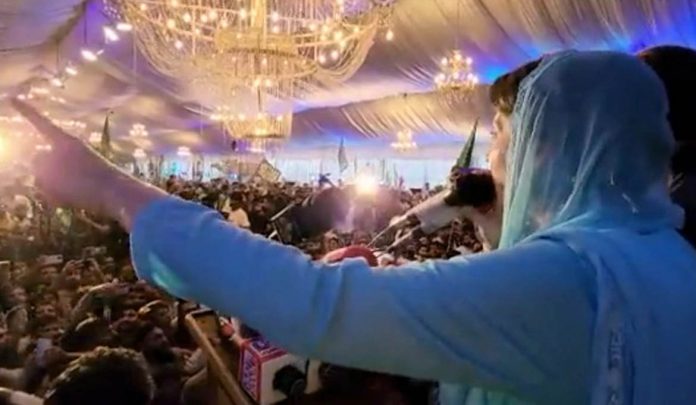 MULTAN: Pakistan Muslim League-Nawaz (PML-N) Vice President Maryam Nawaz has called the July 17 by-elections in Punjab a war for the development of the province, ARY News reported on Friday. Addressing a public gathering in Multan in connection with the upcoming Punjab by-elections, the PML-N vice president noted that Prime Minister Shehbaz Sharif has provided relief to the people by reducing the prices of petroleum products. Maryam Nawaz thanked the people of Multan for participating in the public gatherings, saying that the government will pay off the people’s debt by serving them. The PML-N leader expressed hope that the lion would roar in Multan on July 17 by-elections. “The government has successfully removed the landmines laid by Imran Khan-led regime,” she said, adding that the difficult time has finally over and the government will announce ‘good news’ for the people of Pakistan in the coming days. Criticizing Imran Khan, she said that the former premier was roaming in Punjab while Khyber Pakhtunkhwa (KP) has been flooded after monsoon rains.  “Where is the promise of making South Punjab a separate province?” she asked.She said that the ex-premier did not provide any evidence to the Supreme Court of the so-called conspiracy against his government. The PML-N leader said the courts threw out every case against the PML-N leadership but on contrary, a new corruption case surfaces against Imran Khan.Maryam Nawaz said that the former prime minister calls the incumbent government the ‘imported government’ but more than half of his own federal cabinet comprised of people who were imported.