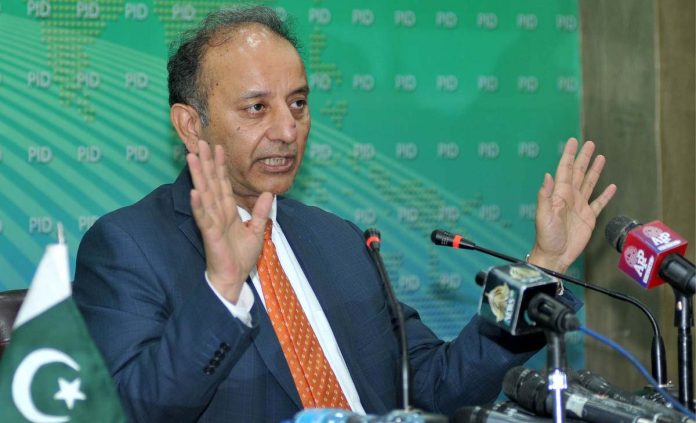 BEIJING,: China Pakistan Economic Corridor (CPEC) power plants we have are the most efficient in Pakistan, noted Minister of State for Petroleum Musadik Masood Malik.

These plants sent an exemplar for Pakistan’s energy scenario, he said in an exclusive interview with China Economic Net (CEN). Again Pakistan’s energy sector is hanging in balance this summer due to inefficiencies, burgeoning circular debt, massive dependence on imported fossil fuels.

The energy crisis in the country inevitably brought a direct impact on economic activity and hit lower-income citizens the hardest.

The minister said that due to CPEC, the efficiency and productivity of the energy sector has increased in Pakistan, and investment has also come to the country, yet more needs to be done. The more efficiently we generate electricity, the more the price of electricity will gradually decrease, he said.

Musadik Masood Malik highlighted that the solution to Pakistan’s problems is to continuously increase Pakistan’s power, gas and petroleum infrastructure. CPEC projects like run-of-river project are very important for our national interest and security, the minister noted.

He pinpointed the significance of hydropower stations in the country as Pakistan has a body of water that flows through the Himalayas and down to the sea. In between there are many places where the government can set up hydroelectric power plants like Karot, he added.

As you can see from Mangla Dam Project and Tarbela Dam Project, after running for twenty to twenty-five years, the cost of generating electricity from them is just the cost of operating a turbine. The cost of new power plants, especially the hydropower ones, is very high, but over a period of time it is in our interest to use indigenous resources. Water flows here, we don’t even have to lose foreign exchange for it,â€ Musadik Masood Malik told CEN.

On top of hydropower plants, the minister also attached importance to other CPEC power projects. The problem we are facing in Pakistan at the moment is that we have to import fuel on which most of our power plants run. This import puts a heavy burden on our treasury.

That is why we have been thinking for a long time that we should focus on all the assets that are being produced in our country,he said. Listing Thar as one of the models, the minister appreciated a lot the role Thar plays in Pakistan’s energy scenario.