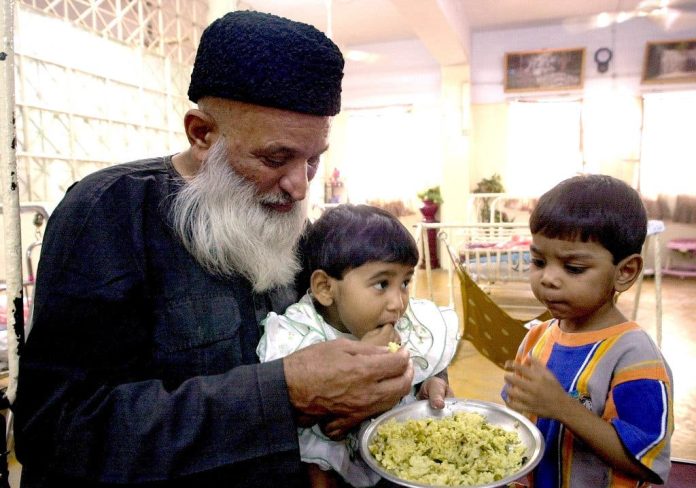 KARACHI: Today marks the sixth death anniversary of social worker Abdul Sattar Edhi. He is being remembered across the country for his compassion, love, and mercy. Edhi, who dedicated his life to humanity, died six years ago, but he will live on in the hearts of every Pakistani and for the lives he touched around the world for decades. Abdul Sattar Edhi was born on February 28, 1928, in the Indian state of Gujarat, in the city of Shutwa, and moved to Karachi with his family after India’s partition in 1947. Edhi learned to help others from a young age. This proved to be the key to Edhi Sahib’s future success, and led him to spending the next 65 years serving humanity. Edhi established his first welfare centre with only Rs 5,000 and later founded the Edhi Trust. The Edhi Foundation, which serves people in every city in Pakistan, was enlisted into the Guinness Book of World Records in 1997 as the world’s largest ambulance service. In addition to hospital and ambulance services, the Edhi Foundation has housed clinics, maternity homes, shelters, blood banks, orphanages, children’s evacuation centres, and schools. The Edhi Foundation serves humanity in many other countries around the world, in addition to Pakistan.