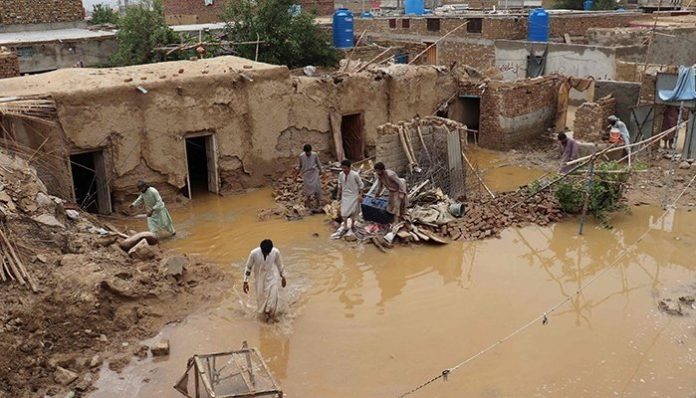 KARACHI: At least nine people lost their lives in rain-related incidents as stormy monsoon rains lashed parts of Balochistan, while many areas were inundated as seven dams burst in different areas,  Due to heavy rainfall and floods, seven dams were burst in the areas of Pashin, Qila Saifullah, Muslim Bagh, Qila Abdullah, and Zhob, while a crack appeared in Kan Mehtarzai dam. Five people died, including women and children, and huts and animals were swept away in floods. Two women and three children went missing. In the area of Panjgure, due to heavy rainfall, four children were reportedly killed as the wall of a house collapsed. As heavy rain hit Balochistan, the road connected to Pak-Afghan bordering villages was also swept away while the Balochistan-Punjab highway was closed at different points Meanwhile, the Pakistan Army and Levies forces are busy in rescue work in rain and flood-affected areas.