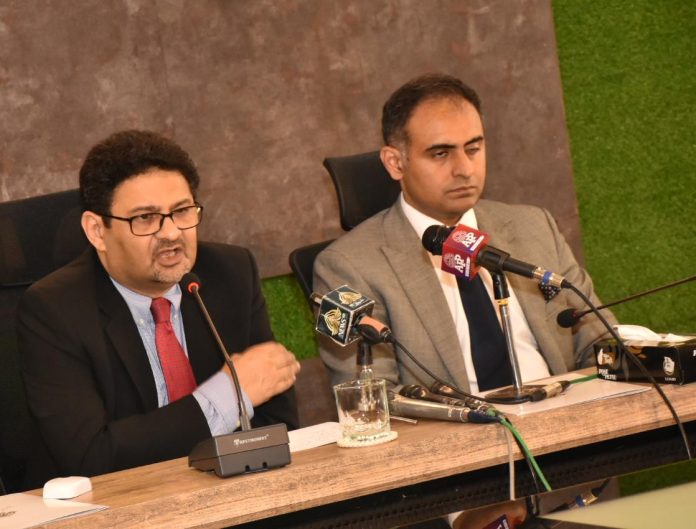 ISLAMABAD:Federal Minister for Finance and Revenue, Miftah Ismail said here on Thursday that declining trend in international food and fuel prices would help bring down commodity rates in Pakistan. Addressing a press conference, the federal minister said that per barrel crude oil prices have come down to $100 from $123 while the prices of edible oil and ghee have also declined from the highest $1700 per ton to $1000 per ton. He said that the government would pass on the benefit of decreasing international fuel prices to the people at an appropriate time, while the prices of edible oil were also expected to come down by Rs100 to Rs150 to make the commodity available at Rs350 to Rs370 per kilogram. The minister said that the government was already providing flour and sugar at the rate of Rs40 and Rs70 respectively through Utility Stores Corporation. The prices would further come down keeping in view the downward trend in international wheat prices. The minister said the economy was under control as the incumbent government saved it from collapse despite huge damages inflicted by the previous regime. Currently, most of the economic indicators were stable. He said, the government presented a balanced budget, wherein rich were made to sacrifice and poor provided initiatives, adding that the budget measures are expected to lead to progress and growth. He said, the previous government had left highest trade and current account deficits accompanied by low reserves. However, he added, with $2.4 billion provided by China, the foreign exchange reserve position has improved. The reserves would further improve once agreement with International Monetary Fund (IMF) is finalized. Things are getting better, he remarked. Talking about the energy issues, he said, the PTI government did not complete the power projects that were initiated by Pakistan Muslim League and consequently the people had to face load-shedding. The power project Karot, which should have been started in the beginning of year, was initiated now while  Haveli Bahadur  Power Plant –II, for which machinery was put in place in 2018 should have been run in 2019, which is being run now by the incumbent government. He refuted the claims of excessive generation capacity, adding that there was around 7500 megawatt shortfall including 5000 megawatt due to gas and fuel shortage and 2500 megawatt due to lack of maintenance in plants. He said the incumbent government could not get any response to its tender for LNG adding that it could have been done by the previous regime when the prices were low. He said, incumbent government was generating 5000 megawatt more electricity than produced by the previous government while agreements were being made to import coal from/.