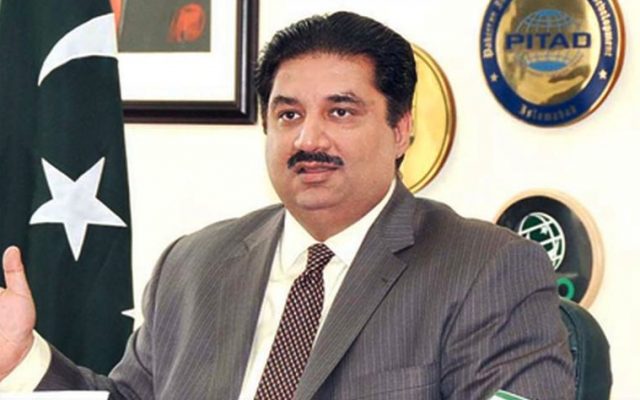 ISLAMABAD:Minister for Power Engineer Khurram Dastgir on Friday said that despite carrying out load-shedding for domestic consumers, consistent and uninterrupted electricity was supplied to industrial sector to protect employment of thousands of Pakistani. Addressing a press conference, he said various power plants having 6000 MW capacity were closed due to unavailability of fuel including coal, gas and furnace oil. However, the incumbent government arranged fuel for all the plants in the shortest possible time and made them functional except K-2 nuclear plant which was closed for refueling. He said that K-2 plant would also start its 1100 MW production before the Eidul Azha. 720 MW Karot hydropower plant has already started it full operation while Neelum Jehelum hydropower plant completed during PML-N government tenure in 2018 was also generating 969 MW. The minister said the entire country was facing the menace of power loading which has three basic reasons including Imran’s enmity towards CPEC, miss-use of NAB, unprecedented heat wave in April and unabated fuel (coal, gas-oil) prices hike at the international market. He said power demand witnessed 30 per cent increase as compared to last year during the said period despite increasing 20 per cent generation this year. He said record demand of 30,009 MW was recorded on June 30 in the history of Pakistan while generation remained at 21,842 MW against the total demand. Around 6,000 MW shortfall excluding areas of high losses was recorded, he added. Khurram Dastgir said PML-N past government had overcome power load-shedding in 2018 and set up 4 RLNG based, 3 coal based, 2 nuclear based power plants besides Neelum Jhelum Power Projects. Former Prime Minister Nawaz Sharif had performed ground breaking of 720 MW Karrot Power plant, he added. He said foundation of even 5000 MW which would be added to the national grid system during this year was also laid by Nawaz Sharif. He said Imran Khan always misguided the people about the power generation in the country. 1214 MW local Thar Coal based Shanghai Electric project could not be started due to enmity of Imran to CPEC, he added. Dastgir said all legal and regulatory issues have now been addressed and 1214 MW Shanghai Electric project would start generation by December this year. Similarly, 1200 MW RLNG Trimmu Power Plant which has already been completed but the past government was not providing gas for its testing would now start operation in next 2-3 months, he said. He said water inflow in dam has also been gradually increased which would help enhance hydel generation. The minister said circular debt was Rs 1050 billion in 2018 which has surged to Rs 2467 billion during Imran’s tenure.