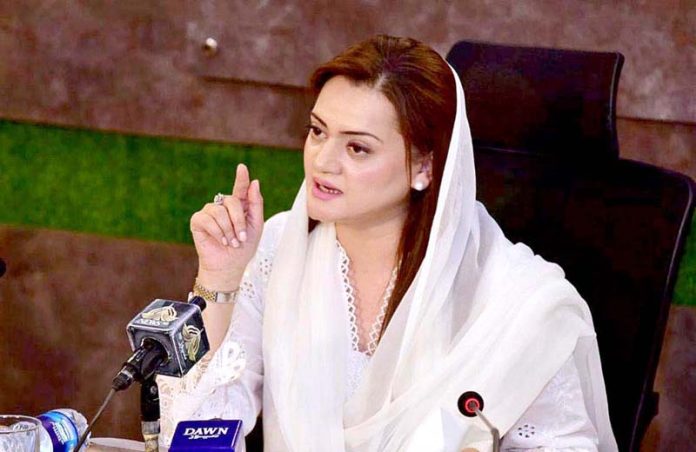 ISLAMABAD, Minister for Information and Broadcasting Marriyum Aurangzeb on Thursday said Imran Khan could face treason charges for subverting the Constitution to prevent his ouster from the power through the vote on no-confidence motion.

“Imran Khan has been saying that he was asking the neutrals to intervene. This is the case of Article 6 for violating the Constitution,” she said while addressing a news conference here.

She said the people was asking Imran Khan as to why he did not dissolve the national and provincial assemblies and initiate an inquiry by setting up a commission on the so-called foreign conspiracy if he received the cipher on March 8.

The minister said if he knew on March 8 that an international conspiracy had been hatched against his government, he should have formed the commission at once. Imran Khan did not hold inquiry into the matter as he knew that it was a “blatant lie” which he started propagating after foreseeing his imminent defeat in the no-confidence motion tabled by the then opposition in the National Assembly.

As regards the PTI’s chief announcement for challenging the Lahore High Court decision on the Punjab Chief Minister’s election, Marriyum said Imran Khan had ceded high moral ground for filing an appeal before the apex court which had already decided against his constitutional transgression with 5-0.

According to that decision of apex court, she said Imran Khan did violate the Constitution by influencing the NA Speaker, Governor Punjab and other representatives of the government, while the ruling of the then deputy speaker was declared unconstitutional.