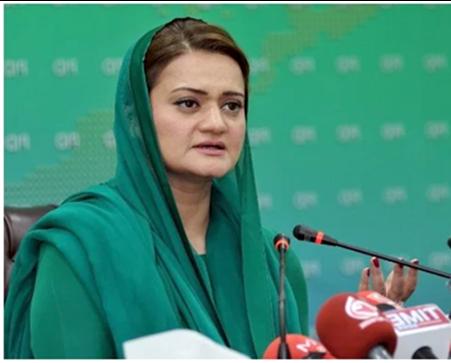 ISLAMABAD: Minister for Information and Broadcasting Marriyum Aurangzeb on Tuesday said the federal cabinet had approved a new visa regime for the Afghan citizens including traders and those who sought to visit the country on medical grounds. The visa policy for Afghans was reviewed by the Interior Ministry (Afghan Inter-ministerial cell) during an apex committee meeting which also included representatives of the Foreign Office, NADRA and Board of Investment, Marriyum informed while addressing a news conference, following the federal cabinet meeting chaired by the Prime Minister Shehbaz Sharif. Flanked by the Minister for Climate Change Sherry Rehman and Adviser to the Prime Minister on Kashmir Affairs Qaamr Zaman Kaira, she said under the reviewed policy, the Pakistan missions abroad would process the visa applications of Afghans on the basis of existing passport and nationality instead of their country of origin. In order to further promote bilateral trade with Afghanistan, she said the cabinet had okayed the inclusion of a sub-category in the work visa category for drivers, transporters and helpers. The approval for introducing the sub-category in the online visa system was also given during the meeting. The information minister further apprised that a multi-entry visa for six months would be issued within 48 hours, while the interior ministry had been authorized to extend the period to one year. She said the documents required for obtaining the visa would include the applicant’s picture, passport, and transport company registration. and employment letters, while the entry visa page would need to be submitted for the visa extension. Marriyum said the Afghans who sought visas in driver, transporter and helper categories were exempted from obtaining the BOI’s letter of recommendation and registration with the Securities and Exchange Commission of Pakistan (SECP). The said initiative, according to the minister was aimed at ensuring the ease of doing business which would eventually boost the trade between Pakistan and Afghanistan, she added. She said the National Database and Registration Authority (NADRA) had been directed to bring changes in the online system after approval of the policy. A committee had been set up to ensure the continuity of ease of doing business for traders, she added. The minister said the cabinet approved relaxing the visa policy for those coming from Afghanistan on medical grounds. Meanwhile, the cabinet had also ratified decisions taken by the Economic Coordination Committee (ECC) during its meeting held on June 22. The technical supplementary grants approved by the ECC included Rs 125,819,029 for various requirements of 6 Aviation Squadron, Cabinet Division (Customs Duties and Payment of Clearing Agent), Rs 40 Million for the media publicity campaign by the NCOC,