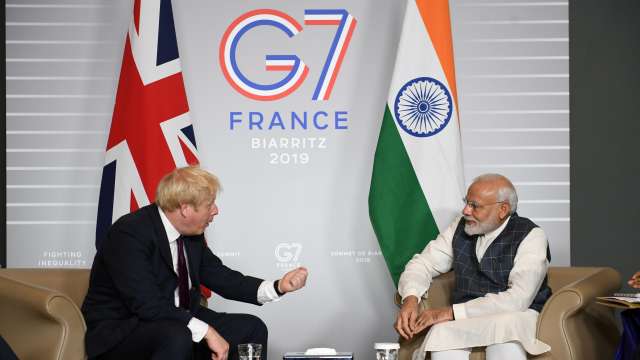 ISLAMABAD: As Indian Prime Minister Narendra Modi arrived in Munich to attend the G-7 summit, his countrymen held a protest demonstration and chanted ‘Modi not Welcome’ and ‘Go Back Modi’ slogans to denounce his government’s policies of Hindu supremacy. The Indian expatriates living in Germany gathered to protest against their prime minister for pursuing the Hindutva ideology by marginalizing the non-Hindu communities in India. “Indians in Munich make a bold statement. Sounds of “Modi not welcome in Munich” echo in the historic grounds of Munich today. Proud moment for standing up to Hindutva’s communal tones,” the International Council of Indian Muslims said on its Twitter handle. The Council’s social media page also contains the video footage of the protest gathering where the people carried placards inscribed with anti-Modi slogans. “Modi, this is what you get for spoiling communal harmony of great India. You have spoiled the name of India – our motherland. The Indians of Germany reject your ultra-nationalist, right-wing Hindutva government. You are nobody here,” said a protestor attending the protest demonstration.  The hashtag #ModiNotWelcomeInMunich also trended on Twitter with the people from varying nationalities expressing their reaction towards the Narendra Modi’s policies targeting the Indian Muslims as well as other minorities. “Modi is arriving at Munich tomorrow to attend G7 as one of the five guest country leaders. Before his arrival, today Indians in Munich are calling for Modi not Welcome in Munich and chanting Modi Go back.This is what Indian media will never show,” said Ashok Swain, a renowned scholar and critic of the BJP government. This is not the first time that Modi has meted out such treatment abroad. In May this year too during his visit to Europe, Narendra Modi was received by similar protest demonstrations against international silence on human rights violations and mass atrocities against religious minorities in India. The rights activists associated with The London Story placed empty shoes in front of the Amalienborg Palace, Copenhagen.