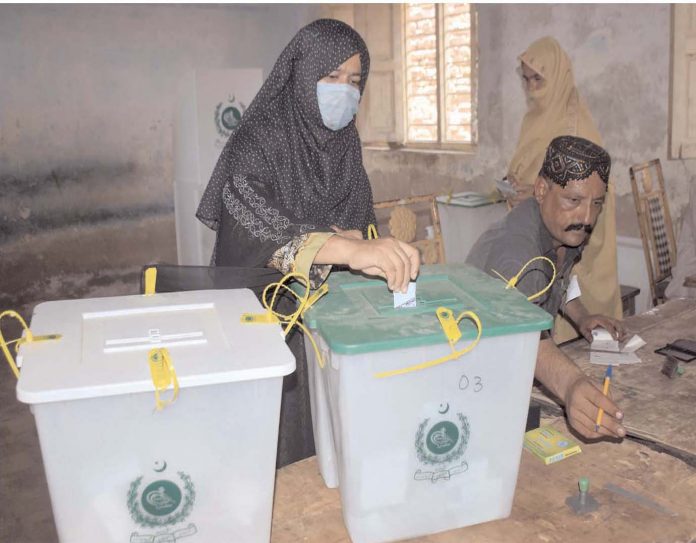 KARACHI: The PPP has taken a clean lead in the first phase of Sindh’s ongoing local bodies elections, according to unofficial results. Vote-counting is underway for the first phase of local body elections in 14 districts of Sindh, however, according to unconfirmed and unofficial results obtained so far, the PPP has won 137 seats of municipal committee and 230 seats of the town committee. The Grand Democratic Alliance (GDA) has managed to win 14 seats of municipal committee and 34 seats of town committee. On the otherhand, the PTI has won six, while the JUI-F has secured 5 seats of the municipal committee. The polling process began at 8am and continued until 5pm without any pause. The Election Commission of Pakistan (ECP) has announced extending the voting time in areas where the polling was stopped due to some reason.  The 14 districts of Sindh include Larkana, Kambar-Shahdadkot, Shikarpur, Jacobabad, Kashmore, Sukkur, Ghotki, Khairpur, Naushehro Feroze, Shaheed Benazirabad, Sanghar, Mirpurkhas, Umerkot, and Tharparkar. Elections in the rest of the districts of Sindh will be held on July 24, At least 21,298 candidates are in the field against 6,277 seats of 101 town committees, 23 municipal committees, 14 district councils, four municipal corporations, eleven town municipal corporations and 887 union councils and union committees.