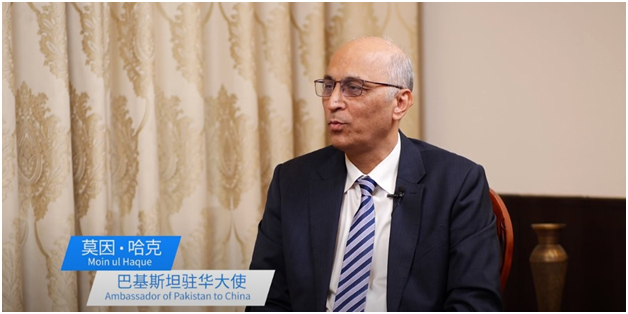 Pakistan Ambassador Moin ul Haque said that since he came to China, he has received a lot of affection from the Chinese people, and that the new initiatives after the two sessions will not only contribute to the prosperity of China, but also of the global community.

Haque especially thanked China for the vaccine assistance provided to Pakistan and said that the leaders of both countries agreed that we should strengthen our relationship and build a Pakistan-China community with a shared future.

Rwandan Ambassador James Kimonyo congratulated China on the successful hosting of the Beijing Winter Olympics. In addition, he said that he saw the real democracy in the two sessions of China because “it is a presentation of the people’s views”.

“It’s something that not only needs to be applauded but be emulated by many countries trying to build their democracy,” Kimonyo said.