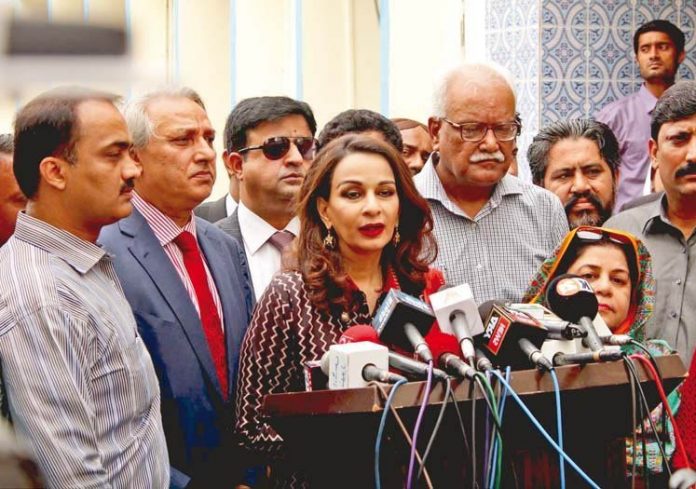 ISLAMABAD:Minister for Climate Change Senator Sherry Rehman has directed the concerned departments to take all necessary preemptive precautionary measures and to pursue a coordinated strategy to cope with the possible disastrous impact of monsoon rains. In her tweets on Tuesday, she pointed out that the monsoon spell is likely to begin in August in the country, while Punjab and Sindh are expected to receive above-normal rains. Alluding to the emergency situation caused by the onset of monsoon rains in India and Bangladesh, the federal minister cautioned against the impending threat of urban flooding in major cities including Karachi, Lahore, Multan, Peshawar, and Islamabad. She also warned about an increased possibility of flooding in rivers and streams and added that all concerned departments have been directed to ensure timely precautionary measures. The Senator also announced that the Ministry of Climate Change has also issued Glacial Lake Outburst Flood (GLOF) alert for Gilgit-Baltistan and Khyber Pakhtunkhwa. It is pertinent to note that Pakistan has been ranked among the five most affected countries by climate change and experts have repeatedly warned against the deadly impact of heatwaves and water stress, calling for urgent and proactive actions to meet the many challenges posed by climate change, whilst achieving sustainable development goals (SDGs) by 2030 in Pakistan. Furthermore, every year, urban flooding in the cities and flash floods in the mountainous areas cause huge loss of life and properties during the monsoon season. However, the country has neither an effective telemetry system nor modern weather forecast radars for timely prediction of flooding. Pakistan has a medium and long-term forecast system capable of accurately predicting the weather for a period of only 7 to 15 days while the seasonal weather forecast accuracy rate is also not more than 65-70%.A 2020 report indicated that the country is relying on old technology for weather forecasts which makes it difficult to make standard and accurate atmospheric .predictions. It said the availability of data on the discharge of water in the eastern rivers depends on timely information from India. There is no telemetry system for flash flood warning in the mountainous regions in Khyber Pakhtunkwa (K-P), South Punjab, Azad Jammu, and Kashmir (AJK), and Balochistan. What is more is that heavy machinery is not available in the hilly areas of the K-P, Balochistan, and the AJK to carry out rescue activities and remove icebergs during natural calamities. Permanent settlements and large-scale encroachments in river waterways and flood drains in different cities also increase the damage during crises, creating difficulties in relief and rescue operations. In potentially flood-prone areas, it is also difficult to move local people from their home areas to safer places during the monsoon season.