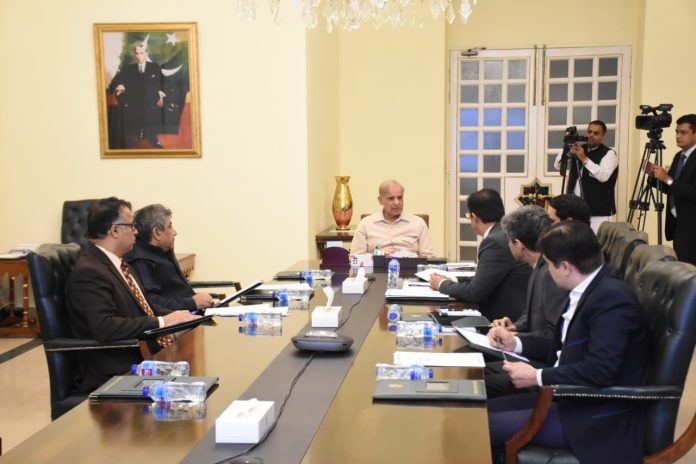 ISLAMABAD: Prime Minister Shehbaz Sharif on Monday decided in principle to provide subsidy on five essential items including wheat flour, sugar, ghee/edible oil, pulses and rice for the poor and backward segments during the next fiscal year. The said subsidy, a major relief for the poor and backward segments, will be provided across the country through utility stores. The Prime Minister was presiding over a high level meeting about utility stores. Federal Ministers Miftah Ismail, Makhdoom Murtaza Mahmood and relevant senior officers were present in the meeting. The Prime Minister also approved expansion in the network of utility stores in Karachi. He said that the less number of utility stores in Karachi was not acceptable in any way, adding, a comprehensive plan for raising the number of utility stores should be presented within two weeks. The Prime Minister said as the backward segment required maximum relief, the government was ready to spend every cost for that purpose. Providing relief to poor on essential items was the foremost priority of the government, he added. The Prime Minister said that a comprehensive, consolidated, transparent and digital subsidy system should be formulated under which relief be provided especially to the backward segment on priority basis. He also called for the formulation of a strategy to reform the subsidy system in cooperation with the Ministers for Finance, Industries & Production and Poverty Reduction. The meeting was briefed in detail about the provision of subsidy through utility stores, targeted subsidy for the backward segment, expansion in the number of utility stores across the country and progress on the program providing cheaper wheat flour in Khyber Pakhtunkhwa under the vision of the Prime Minister. It was told that besides 1,380 franchises, the Utility Stores Corporation was directly running 3,822 stores across the country. Over 300 new stores will be opened in Balochistan, Sindh, Azad Kashmir, Gilgit Baltistan and Punjab by July 30. The meeting was told that so far 113 million people have benefitted from Prime Minister Shehbaz Sharif’s relief package and got subsidies of Rs. 60 per kg on wheat flour, Rs. 21 on sugar, Rs. 250 on ghee, and Rs. 15 to Rs. 20 on pulses and rice. The digital subsidy system was linked with the data of National Database and Registration Authority (NADRA) and Ministry of Poverty Reduction. It was further told that the provision of cheaper wheat flour was being ensured in the province of Khyber Pakhtunkhwa through 942 utility stores. Whereas on the special instructions of Prime Minister Shehbaz Sharif 1000 new sale points and 200 mobile stores were being added. Regarding Balochistan, the meeting was told that after the visit of Prime Minister Shehbaz Sharif during the month of Ramazan .