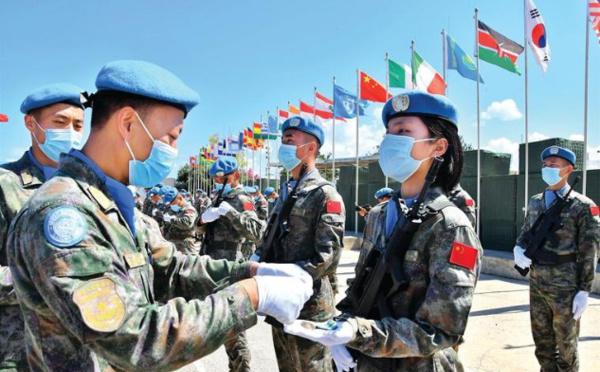 “I’m really impressed by how fast China has developed,” said Patrik Kobele, chairman of the German Communist Party, in a recent interview with People’s Daily.

Kobele has visited China twice, and yet those two trips brought him totally different feelings. In the early 1990s, he came to China for the very first time, when he visited Beijing, Shanghai, and Xi’an. Then in 2018, he arrived in China for activities hosted by the International Department of the Communist Party of China (CPC) Central Committee to commemorate the 200th anniversary of the birth of German philosopher Karl Marx and paid visits to Beijing and Shenzhen.

“When I visited Beijing in 2018, I found that except scenic areas like the Great Wall, everything was quite different from what I saw nearly 30 years ago. I could hardly recognize the streets I had been to before,” Kobele recalled.

In the 1990s, bicycles were the most common means of transportation in Beijing; while in 2018, automobiles dominated the roads of the city, and many of them were new energy vehicles (NEVs), according to Kobele.

“Interestingly, bikes didn’t simply disappeared; shared bikes equipped with advanced positioning system have been developed and put into use,” he said, noting that both shared bikes and NEVs represent green means of transportation.

The Shougang Park, a cultural and sports complex transformed from the former production premises of Chinese steelmaker Shougang Group, was one of the places Kobele could recognize when he revisited Beijing in 2018.

“At that time, a Chinese comrade told me that for the purpose of improving the environment, the Shougang Group moved its facilities out of Beijing, and its former production site in the city would be changed into a park,” Kobele said.

As he read news reports on the Beijing Winter Olympics in February, Kobele was pleasantly surprised to find that the raw material silos at the former premises of Shougang Group had been turned into the office of the Beijing Organising Committee for the 2022 Olympic and Paralympic Winter Games (BOCOG), the clean coal workshop became training base for ice sports, the Big Air Shougang ski jump was built beside the cooling tower, and the industrial park was transformed into an ice and snow park full of vitality.

“This is absolutely an amazing idea. The successful conclusion of the Beijing Winter Olympics has proven that the transformation could truly stand the test of practice,” he noted.

Kobele believes that the Beijing Winter Olympics is a remarkable achievement made by China in promoting the development of the Olympic Games on the basis of strict epidemic prevention and control measures.

Although the COVID-19 pandemic ran riot across the world, athletes from various countries and regions were able to gather together in China and finish competitions safely and smoothly, in which China’s effective anti-pandemic measures played a crucial role, according to Kobele.

By successfully hosting the Beijing Winter Olympics, the Chinese people have shown the world a spirit characterized by pursuit of peace, solidarity and cooperation, which is completely different from certain countries’ overemphasis on individualism, competition and confrontation, he pointed out.

Such a spirit is also manifested in the Belt and Road Initiative (BRI), the vision of building a community with a shared future for mankind, and other initiatives and concepts proposed by China, according to Kobele.

He believes that the BRI represents an open, inclusive, pragmatic and effective form of international cooperation and is aimed at providing more countries and regions with better opportunities for development.

Kobele has read carefully “Xi Jinping: The Governance of China”, a three-volume collection of speeches and writings by Chinese President Xi Jinping. From what he saw and heard in China, he felt strongly that the CPC has won support from the Chinese people, according to him.

“At the Shenzhen Bay Venture Plaza in Shenzhen, I visited a CPC service center, a  large open space with a café and a library where people can report their problems to Party organization. Besides, people can learn theories about the CPC via an interactive screen at the plaza,” Kobele recalled, adding that Marxism has been more widely disseminated in China and more deeply rooted in the Chinese people’s hearts.

China’s path demonstrates the strong vibrancy of socialism; and the CPC has embarked on a path of socialism with Chinese characteristics that suits China’s national conditions by combining the basic principles of Marxism and China’s realities, said Kobele, who noted that several hundred million Chinese people have shaken off absolute poverty under the leadership of the CPC.

The German Communist Party sincerely hopes that the CPC will make even greater achievements in leading the Chinese people along the path of socialism with Chinese characteristics and expects deeper exchanges and cooperation between the two political parties, according to him.

Although the two political parties are different in size, they share similar ideals and beliefs and always follow the four principles guiding inter-party relations, namely independence, equality, mutual respect, and non-interference in each other’s internal affairs, Kobele noted, adding that the German Communist Party sincerely hopes to continue drawing progressive ideas and inspiration from its exchanges with the CPC.

“I’m confident that China will certainly grow into a modern socialist country that is prosperous, strong, democratic, culturally advanced, and harmonious by the middle of the 21st century. I really look forward to that day,” Kobele said.