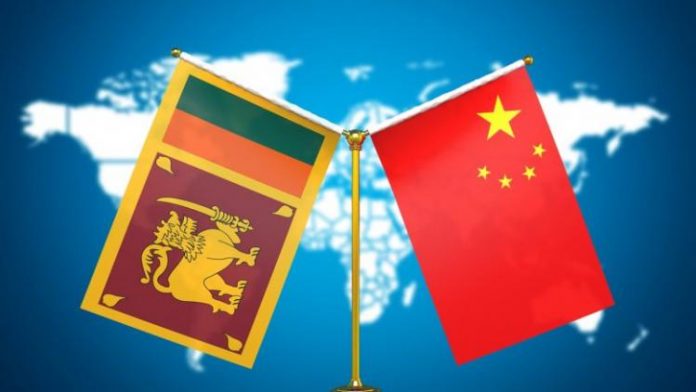 The fundamental reason for such achievements lies in the strong leadership of the Communist Party of China (CPC) Central Committee with Comrade Xi Jinping at its core, he said.

In September 2014, Chinese President Xi Jinping paid a state visit to Sri Lanka, during which Goonatilleke met Xi for the first time.

“President Xi was erudite and easy-going, and always had a warm smile on his face,” he recalled.

During this state visit, Xi published a signed article entitled “Let us become partners in pursuit of our dreams” in Sri Lankan newspaper Daily News.

“I believe that the ship of China-Sri Lanka friendship and cooperation is bound to brave the wind and waves along the magnificent 21st Century Maritime Silk Road to pursue the dream of national development,” Xi wrote in the article, which greatly inspired and encouraged Goonatilleke.

“As the president of SLCFA, I determined to take the joint construction of the 21st Century Maritime Silk Road proposed by Xi as an opportunity to promote economic and trade cooperation and cultural exchanges between our two countries,” Goonatilleke said.

Since 1978, Goonatilleke has visited China many times and witnessed China’s fast development. “I’ve carefully read the addresses Xi delivered on different occasions, and really admire the wisdom and art of his leadership,” he noted.

“President Xi proposed the Belt and Road Initiative (BRI), Global Development Initiative (GDI), among other initiatives, and calls on countries to uphold the universal values of peace, development, fairness, justice, democracy and freedom and build a community with a shared future for mankind. These ideas accord with the general trend of world peace and development, and show strategic foresight,” Goonatilleke stressed.

Goonatilleke was elected the president of SLCFA in May 1995. During the past over 20 years, he has traveled between Sri Lanka and China for many times, contributing to the non-governmental exchanges between the two sides.

In October 2015, a speech contest on the theme “Human Development Inspired Through 21st Century Maritime Silk Route” was jointly held by the SLCFA and the Chinese Association for International Understanding (CAFIU) under the International Department of the CPC Central Committee in Colombo, Sri Lanka.

A total of 575 students from across Sri Lanka participated in the speech contest, which turned out to be a huge success and aroused many students’ interest in China and friendly cooperation between the two countries.

“Young people are the future of a country. The SLCFA is willing to create conditions to help more outstanding young people go to China for exchanges so as to consolidate the foundation of friendship between our two countries,” Goonatilleke said, adding that the SLCFA will continuously broaden cooperation and further exchanges with Chinese non-governmental organizations to make the tree of friendship even more luxuriant.

In July 2013, the CAFIU invited a delegation made up of representatives of think-tanks and the media from Bangladesh, Indonesia, Pakistan and Sri Lanka to China.

In Jiangxi, he toured the Ancient Kiln and Folk Customs Museum in Jingdezhen city, which is known as China’s porcelain capital, introduced Sri Lanka’s practices in protecting and developing traditional culture at a dialogue on the inheritance and development of culture in the processes of industrialization and urbanization, and had in-depth exchange of views with Chinese participants in the event.

“Jingdezhen has a long history, and its ceramics culture and industry development really impressed me,” Goonatilleke said. The CPC has carried out deep thinking and active explorations in inheriting historical and cultural heritage as well as promoting fine traditions, especially in advancing the creative transformation and innovative development of fine traditional Chinese culture, Goonatilleke pointed out, noting that the experience China has gained in these endeavors is helpful to other countries.

Goonatilleke considers the Sri Lanka-China relations an example of friendly coexistence and mutually beneficial cooperation between countries of different sizes.

The year 2022 marks the 65th anniversary of the establishment of diplomatic ties between China and Sri Lanka. Back in 1952, when the two countries hadn’t even established diplomatic relations, they signed the historic Rubber-Rice Pact, which ushered in friendly exchanges and became a much-told story in the history of their friendly and cooperative relations. In 1971, Sri Lanka firmly supported the restoration of China’s lawful seat in the United Nations.

These important moments in the development of Sri Lanka-China relations are engraved in Goonatilleke’s mind.

Mentioning the 20th National Congress of the CPC to be held in the second half of the year, Goonatilleke said that he really looks forward to the congress and is convinced that it will provide more experience and inspirations for other developing countries, including Sri Lanka.