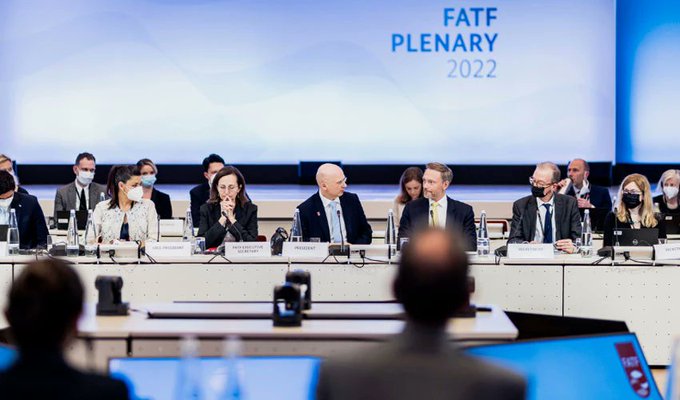 BERLIN: The Financial Action Task Force (FATF) announced on Friday that Pakistan has “substantially completed its two action plans” and would be removed from the grey list after it passes the on-site visit. However, Pakistan has not been officially removed from the FATF’s grey list and may be taken off it once the watchdog visits Pakistan.  “The FATF will continue to monitor the COVID-19 situation and conduct an on-site visit at the earliest possible date,” said the watchdog. The watchdog noted that since June 2018 — when Pakistan made a high-level political commitment to work with the FATF — Islamabad continued its political commitment to combating both terror financing and money laundering. The moves, resultantly, led to significant progress. “In particular, Pakistan demonstrated that terror financing investigations and prosecutions target senior leaders and commanders of UN-designated terrorist groups and that there is a positive upwards trend in the number of money laundering investigations and prosecutions being pursued in Pakistan, in line with Pakistan’s risk profile. In addition, Pakistan also largely addressed its 2021 action plan ahead of the set times,” said the FATF.  FATF President Dr Marcus Pleyer, while addressing a press conference after the plenary meeting, noted that Pakistani authorities have done a lot of work. “I’m glad to say that they [Pakistan] have now largely addressed all 34 action items from their combined two action plans. Pakistan is not being removed from the grey list today. The country will be removed from the list if it successfully passes the on-site visit,” said Dr Pleyer.