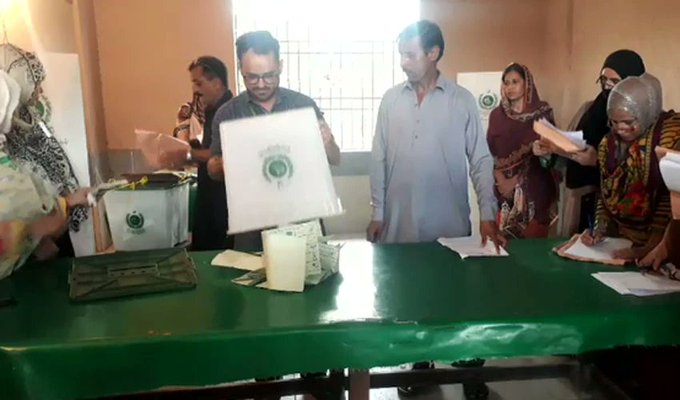 ISLAMABAD: The Election Commission of Pakistan (ECP) announced on Friday that it would issue notice to Pak Sarzameen Party (PSP) chief Mustafa Kamal for the attack on polling station 165 in the NA-240 by-elections. The decision was taken in a meeting chaired by Chief Election Commissioner Sikander Sultan Raja. In the meeting, the provincial election commissioner briefed the participants on the violence that took place during the NA-240 elections, including the snatching of ballot papers from polling stations 51 and 165 and the harassment of voters. Commenting on the clash between the two political parties, the ECP said that the violence took place near a party office and was out of its ambit. It added that the provincial government was responsible for taking action against those responsible for the violence. “It is the provincial government’s responsibility to provide a peaceful environment to voters,” said CEC Raja. He also appealed to Chief Minister Sindh Murad Ali Shah to summon a special meeting so that such violence does not take place again. MQM-P once again emerged victorious in the NA-240 by-elections with a close margin of 65 votes against rival TLP in the polls held a day earlier. However, the by-poll was marred by violence with PSP chief Mustafa Kamal blaming TLP for the violence as he confirmed that the deceased person was a member of his party and several others were in critical condition. “He was our party member, who was an elderly person and resided in Baldia. The TLP people attacked us and killed my party member,” the PSP chairman said, rebutting the claims of the TLP that they were attacked. Kamal said that had the PSP used weapons, no one would be able to open fire at their offices and return safely.