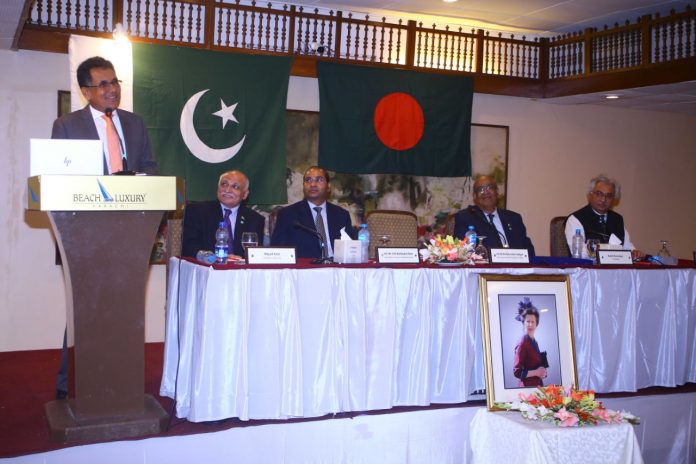 Karachi: (www.thenewslark.com) (TNL Reporter) The High Commissioner of Bangladesh Muhammad Ruhul Alam Siddiqui on Wednesday said the trade between Pakistan and Bangladesh will soon cross one billion dollars. This year the figure is $880 million, he said while speaking on ” Bangladesh: A Journey to Development”  at the English Speaking Union of Pakistan’s program, at a local hotel. The Envoy highlighted the achievements of his country on social and economic fronts over the last fifty years of its independence. He said the present government. was more focused on infrastructure development, economic growth, and women empowerment who were being provided with easy and soft loans through microfinancing. The girls were more privileged also in education and the reason could be that since 1991 women ruled Bangladesh, he added. To a question, he said Bangladesh had successfully controlled its population growth, with a total population of 165 million.  The High Commissioner said that last year Bangladesh’s exports reached $ 50 billion. His country was No.1 in jute production and No. 2 in ready-made garments The poverty level had been reduced to 20 % and there was 100 % enrollment of children in schools. The political stability had paid dividends in economic growth and development.     However, he said, climate change was a big challenge. to the country. He said Bangladesh was very active in peacekeeping efforts throughout the world.   “Bangladesh had no enemy in the world,” he remarked. ESUP President Kaleem Farooqui gave the welcome speech. 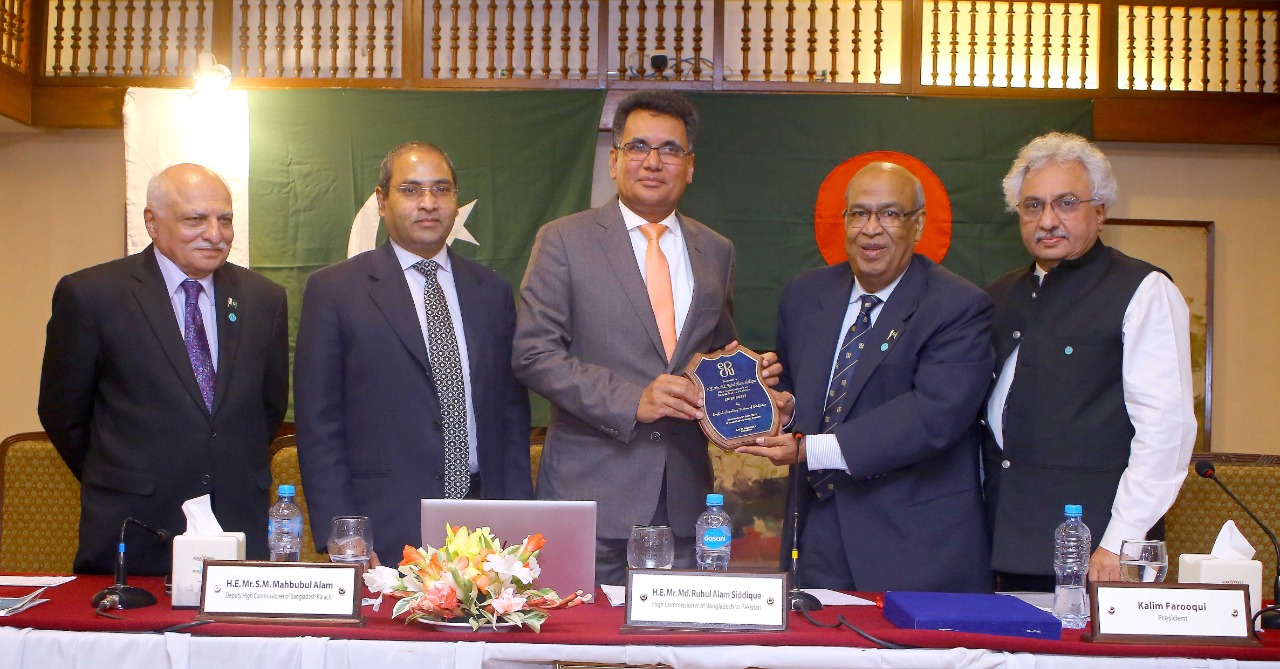