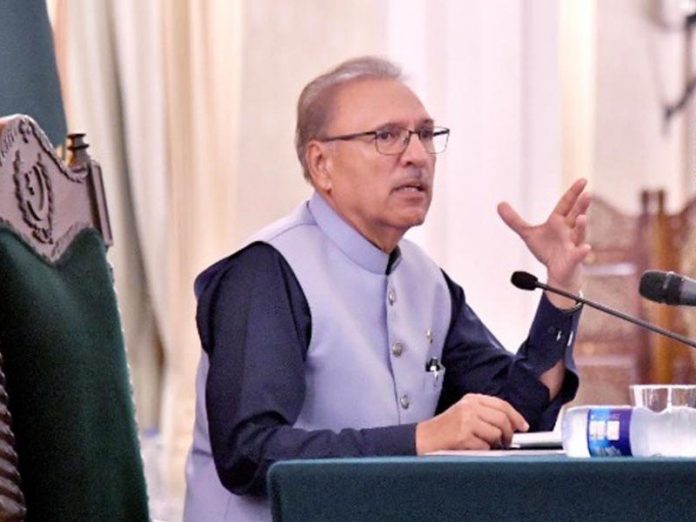 ISLAMABAD: Parliament’s joint session Thursday passed the Elections (Amendment) Bill, 2022, and National Accountability (Amendment) Bill, 2022, returned by President Arif Alvi. The election amendment bill has abolished the use of electronic voting machines (EVMs) in polls, while the NAB bill has formulated a post-retirement procedure for its chairman, among other changes. Law Minister Azam Nazeer Tarrar presented both the bills, which the president had returned to Prime Minister Shahbaz Sharif as he “was not informed” about the legislative proposal under Article 46 before they were tabled. But after the joint sitting’s nod, the bills will be sent once again to the president for approval, but if he does not sign them within 10 days, it will be considered that his assent has been given. Article 75(2) reads: “When the president has returned a bill to the Majlis-e-Shoora (Parliament), it shall be reconsidered by the Majlis-e-Shoora (Parliament) in joint sitting and, if it is again passed, with or without amendment, by the Majlis-e-Shoora (Parliament), by the votes of the majority of the members of both Houses present and voting, it shall be deemed for the purposes of the Constitution to have been passed by both Houses and shall be presented to the president, and the president shall give his assent within 10 days, failing which such assent shall be deemed to have been given.” The law minister, speaking on the floor of the NA criticised the NAB for keeping politicians incarcerated for prolonged periods and said: “In Islam, it is a rule that the person who blames another person has the burden of proving the crime. We had sent the NAB law to Islamic Ideological Council (ICC). The IIC also noted that the burden of proving the crime was on the person accusing the other,” Tarrar said. The law minister added NAB was used for “political engineering” and the person who was accused had to prove his innocence — as opposed to the teachings of Islam.