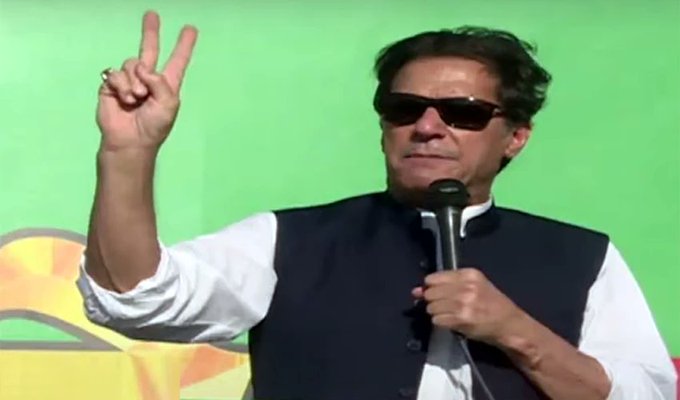 ISLAMABAD: After Finance Minister Miftah Ismail presented the Pakistan Economic Survey, a day before announcing the budget for the fiscal year 2022-23, on Thursday, PTI Chairman Imran Khan maintained that the people of Pakistan will “now find out what inflation actually is.” The PTI chairman was speaking during a press conference in Islamabad to present his views on the survey. While presenting the survey, the coalition government reflected upon the performance of the economy for the outgoing fiscal year, noting that the country witnessed a growth of 6% against the envisaged target of 4.8%.The former prime minister claimed that the incumbent government was the first in Pakistan’s history to increase inflation by such a high percentage within such a “short time”.  He added that the current parties used to lament about inflation during the PTI’s tenure, however, the prices will increase by “three times” now. “The US dollar has reached Rs202 and its impact will come to the fore now. I fear how will a normal household manage its budget,” said Khan. “They used to say we are incompetent but you can now see the economic condition of the country,” said Khan, adding if the country defaults then it would take a lot of time to mend the situation. “If they were not ready to handle the country economically then what was the need to conspire against the PTI-led government? If they were not prepared then what was the need, what was the hurry? They could have waited for 1.5 years,” said the PTI chairman.  The former prime minister added that the current government was supposed to reduce inflation and reminded everyone that during the 3.5 years of the PTI government, petrol was increased by Rs55 and diesel by Rs50. “The government increased electricity price by Rs10/unit. People will now find out what is inflation,” said Khan as he admitted that inflation was also present during PTI’s tenure but his government resisted IMF’s pressure. “We knew IMF’s pressure would increase but we did not take the pressure,” he maintained. The PTI chairman told the people that Pakistan was unable to produce electricity as it cannot import coal and liquefied natural gas (LNG). He also claimed that the incumbent government was not providing coal and LNG to the projects that they had set up in their previous governments. The former prime minister claimed that the current power generation projects have been operating at a 25% capacity and added that they could not reach full capacity because the country “does not have the money to import the coal”.He further added that electricity loadshedding in the country was also taking place because of that reason.