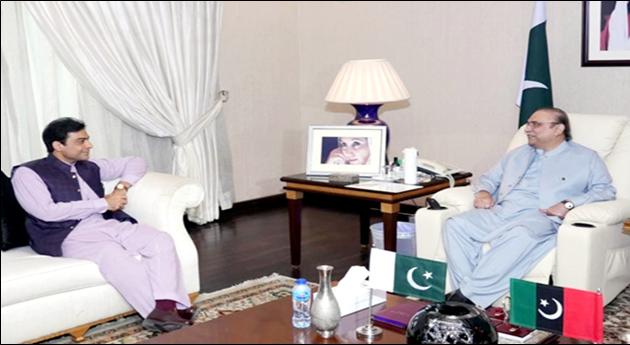 LAHORE, :The Lahore High Court (LHC) on Tuesday issued notices to Punjab Chief Minister Hamza Shehbaz for June 20 on a petition for setting aside his election as chief executive of the province. Justice Shujaat Ali Khan issued the notices on a petition filed by Pakistan Tehreek-e-Insaf MPAs – Zainab Umar and two others. At the outset of hearing, the petitioners’ counsel Muhammad Azhar Siddique submitted that election of Hamza Shehbaz was not fair as MPAs, supporting Chaudhry Pervaiz Elahi, were not allowed to cast their votes. He submitted that, after interpretation of Article 63-A by the Supreme Court, Hamza Shehbaz had lostb majority. However, an assistant advocate general Punjab raised objection on maintainability of the petition, saying that the petitioners, being parliamentarians could avail alternate remedy by moving no-confidence motion against Hamza Shehbaz. He further submitted that the governor could ask Hamza Shehbaz to take vote of confidence. He submitted that the detailed judgement of the Supreme Court was still awaited and it could not be determined that the judgement would operate prospectively retrospectively without going through the same. At this, the petitioners’ counsel argued that the petition was maintainable as the matter was taken up with deputy speaker, before approaching the court, but no action was taken. He further submitted that the petitioners also approached Punjab chief secretary for withdrawing the notification of Hamza Shehbaz but to no avail. Subsequently, the court issued notices to Punjab Chief Minister Hamza Shehbaz and other respondents for June 20 and sought their responses. The court also issued notice to advocate general Punjab and sought assistance in the matter.