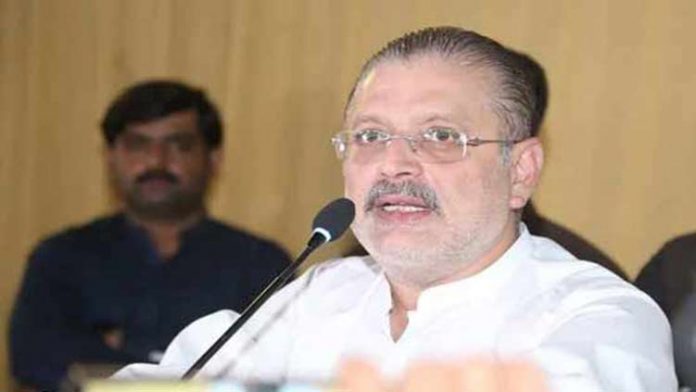 KARACHI : Sindh Information Minister Sharjeel Memon said that Imran Khan’s criticism of national institutions is reprehensible. An incompetent person is using inappropriate conduct over losing power. Nothing that harms the country’s reputation will be tolerated.  Addressing a press conference the Sindh Information Minister said that the People’s Bus Service was launched on a trial basis, yesterday. Bus service will start in Larkana. Sindh government will run BRT bus projects under the name of Red Line and Yellow Line. It has also been decided to start BRT bus project in Hyderabad. International financial institutions have expressed interest in the Yellow Line BRT project, he added. The provincial minister further said that Imran Khan and PTI are trying to spread anarchy in the country. A campaign is being launched on social media against national institutions and their leaders. Speaking about the sacrifices made by the leadership of Pakistan Peoples Party (PPP) Sharjeel Memon added that when Benazir Bhutto was martyred everyone has the idea of the country’s situation at that time. The PPP Co-Chairman Asif Zardari did not speak against the country even then, but raised the slogan of ‘Pakistan Khappay’ [Pakistan comes first]. At that time, Asif Ali Zardari took martyred Benazir Bhutto’s body to Larkana by helicopter instead of road so that chaos would not spread in the country. He further said that the incident of martyrdom of Benazir Bhutto was a great tragedy. The PPP Chairman Bilawal Bhutto Zardari raised the slogan that democracy is the best revenge.