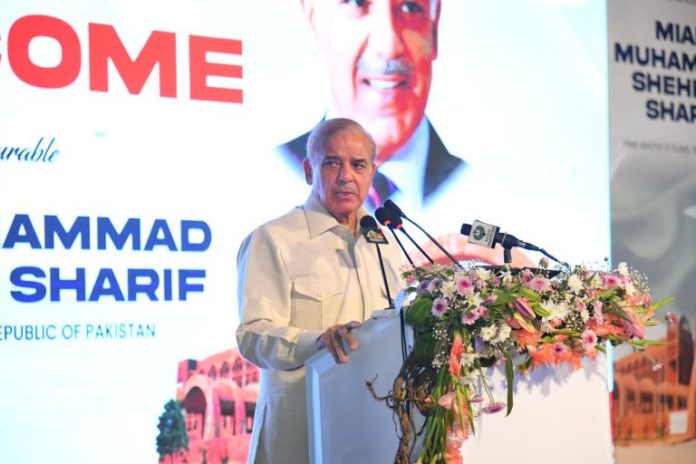 LAHORE: Prime Minister Muhammad Shehbaz Sharif Sunday said that nations were not formed on the basis of construction of magnificent buildings, but hard work, integrity and sacrifices coupled with use of latest knowledge and technology always evolved them. Addressing an inauguration ceremony of Indus hospital, the prime minister also stressed upon the need for initiation of a grand dialogue by all the stakeholders over vital sectors of the economy if they wanted to move ahead on the path of progress and prosperity. He said that a consensus should be developed over the national economy in such a manner that it should not be disturbed with change of governments. He opined that there were certain sectors of the economy like IT and industrialization through which the country could move ahead. The prime minister underlined that they should think above themselves and their personal likes and dislikes and accord top priority to the progress and prosperity of the nation. The prime minister maintained that a country could not survive on debts. He regretted that Pakistan should have been in the forefront of the Islamic world in terms of progress and development. Comparing Pakistan’s export volume with neighbouring Bangladesh, he said its annual exports now touched $40 billion mark while Pakistan had an export value of$ 27-28 billion annually.