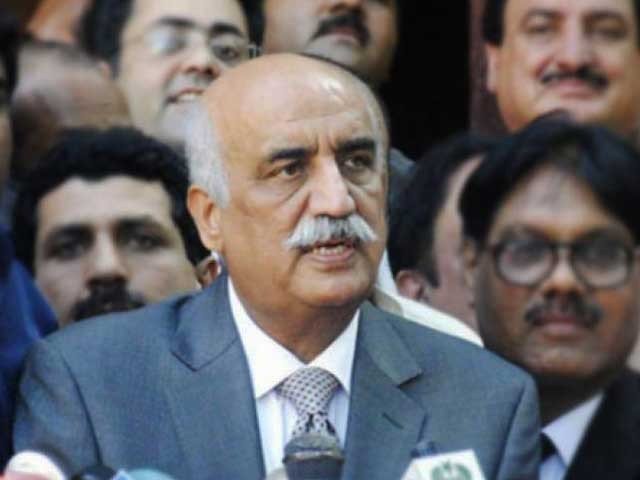 MOHMAND: Federal Minister for Water Resources, Syed Khursheed Ahmed Shah here on Thursday said that construction of new dams were vital for bolstering agriculture productivity, fulfilling people’s water requirements and achieving self-sufficiency in food. Talking to media persons after visiting different sections of the under- construction Mohmand dam costing Rs 309.6 billion, the Federal Minister said this multifaceted project was very important for the country’s economic and agricultural water needs besides providing clean drinking water to Peshawar and adjoining areas. He said 20 percent work on Mohmand dam has been completed while the remaining work would be completed by 2026. “Pakistan is an agricultural country and construction of new dams is required to bolster agriculture production and ensure food security,” he said. He said large dams have a direct impact on the economy and if four new dams were built then not only our economic and agricultural growth would improve but immensely help in paying out of the country’s debts. With completion of Mohmand dam, he said, the water shortage problem of Peshawar would be addressed. Over 300 million gallons of water per day would be provided to Peshawar from Mohmand dam for drinking purposes with Rs957 million benefits. Likewise, the project would provide 2.86 billion units of environmentally friendly electricity to the national grid every year with an estimated Rs45.76 billion annual revenue. The Mohmand dam hydro-power project is being constructed on River Swat about five kilometers upstream of Munda headworks in Mohmand district. Construction work on Mohmand dam is progressing at a good pace and despite COVID-19 pandemic, work on the project continued on its 14 different sites. Federal Minister Khursheed Shah said that there was a time when Pakistan had provided Rs200 million financial assistance to Germany. To a question, Khursheed Shah said Pakistan can’t afford political instability and chaos. He said the people of KP would make Imran Khan accountable for his broken promises in the 2023 general election. “Where are one million jobs, five million houses and one billion trees in Khyber Pakthunkhwa,” he said, adding the PTI government has failed to address the peoples’ problems and economic issues despite obtaining about Rs 22,000 billion record loans during last three and half years.