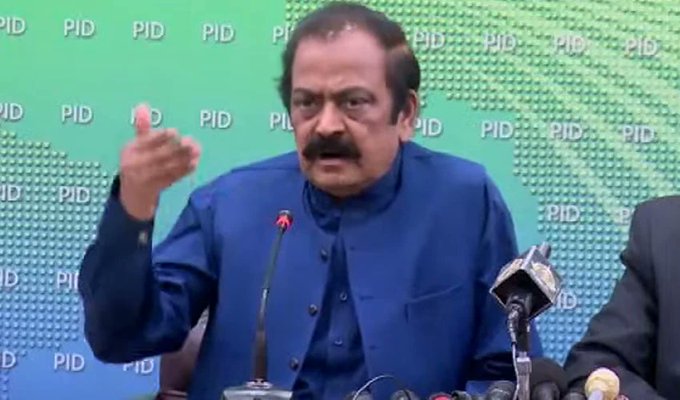 LAHORE: A sessions court in Lahore on Wednesday directed authorities concerned to register a case against Interior Minister Rana Sanaullah for allegedly torturing lawyers in the federal capital on May 25 — the day of the PTI’s “Azadi March”.Additional Sessions Judge Mian Mudassar Umar Bodla gave the verdict after hearing all the arguments of the parties’ lawyers. order was on the petition filed by the Advocate Haider Majeed, who also accused the police of not registering a case as sought. Barrister Hassan Niazi and other lawyers represented the petitioner, while a video of the incident was also played in the courtroom. According to the court order, the petitioner and his colleagues were boarding their vehicle when they were pulled over by the police. It went on to say that the petitioners were “baton-charged, humiliated, disgraced and their vehicle was damaged badly” even though they were cooperating with law enforcers, the publication reported. It mentioned that the court subsequently asked the petitioner to approach the relevant SHO with a copy of the court order to proceed with the matter. Last week, PTI Chairman Imran Khan took to his Twitter handle to share videos of alleged police brutality and termed it “condemnable and unacceptable”. Imran had posted on Twitter a video montage of the alleged police brutality and termed it “condemnable and unacceptable”. “Flouting the Constitution [and] SC orders, this criminal imported government unleashed police brutality on our peaceful Azadi March protestors,” He had also said that the party would be petitioning high courts to seek registration of cases against those responsible for using force against his party workers during their march.