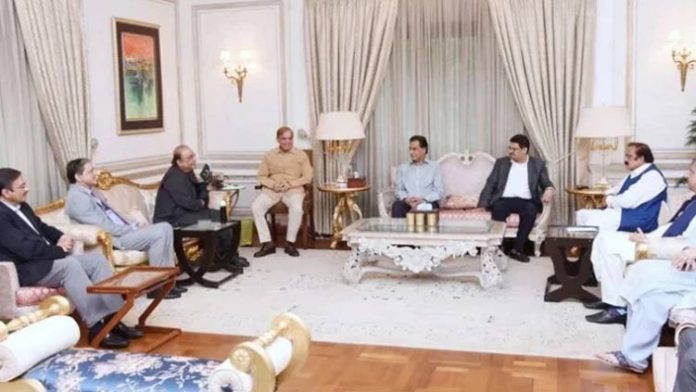 ISLAMABAD: After much deliberation, the coalition partners have decided that the government will go ahead with the completion of its term instead of early elections in the country, The sources said the government has also decided to take tough decisions in a bid to steer the country out of an economic crisis. As Finance Minister Miftah Ismail has left for Doha, Qatar, for talks with the International Monetary Fund (IMF), the tough measures will reportedly be taken in a couple of days. The decision comes after a meeting of the heads of the ruling alliance for consultations amid pressure from the PTI to announce early elections. The allied parties’ heads met last night to discuss the unstable political situation in the country after the announcement of a long march towards Islamabad by PTI Chairman Imran Khan. The government is reportedly considering accommodating PTI for the long march if the party intends to hold a rally and go back. However, if PTI plans to stage a sit-in and try to paralyse the system, the government will turn towards legal options to stop it, the sources said. On Sunday, Imran Khan announced an Azadi March to Islamabad on May 25 to seek an election date and dissolution of the National Assembly. He asked the military to adhere to its promise of “neutrality”.The government is in a fix as Pakistan’s economic situation gets worse due to rising fears that the country might go bankrupt if the International Monetary Fund (IMF) bailout programme is not revived The Fund has demanded the government remove subsidies on petroleum products which is likely to increase inflation and the ruling parties are having parleys on the matter because it has a high political cost. The Shehbaz Sharif government has stated that it needs support from “all sides” to take tough decisions in order to revive the economy. The federal capital is rife with rumours that in case the required support was not assured in a couple of days, the NA may be dissolved and snap elections will be announced. In the first round of talks held last week, PPP supremo Asif Zardari met PDM chief Maulana Fazlur Rehman, PML-Q President Cahudhry Shujaat and Prime Minister Shehbaz Sharif and other PML-N ministers.