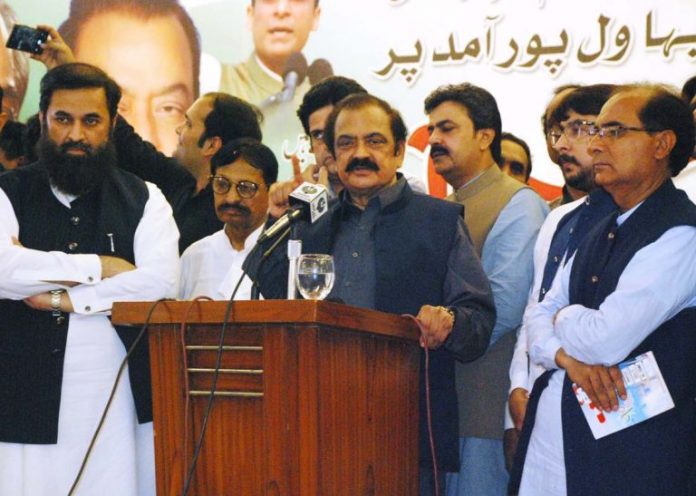 BAHAWALPUR:Minister for Interior Rana Sana Ullah on Sunday said the government was taking all decisions in the larger national interest and with the consultation of all its allies parties. While addressing a workers’ convention of Pakistan Muslim League-N here, he said it would also be discussed with the ally parties that how to handle the Pakistan Tehreek-e-Insaf’s (PTI) long march towards the federal capital. He said former prime minister Imran Khan had promoted the culture of unethical and abusing language. He said that former PTI government did nothing but only increased prices of edible items, medicines and others things. “Prices of cooking oil, sugar and other items got sky rocketing during PTI regime,” he said adding that even prices of medicines were increased more than six times. The interior minister said that act of arresting PTI leader Ms. Sheereen Mazari was wrong, adding that the arrest of PML-N leader Ms. Mariam Nawaz by then PTI government was also wrong. He said that PTI came into government with the help of some powers. He said that PML-N candidates were harassed by some powers in general elections of 2018. He said that PML-N was going to organize a big public meeting in Bahawalpur on Yaum-e-Takbeer, falling on May 28. “It will be a record largest public meeting that would beat the records of other public meetings held in past,” he claimed.