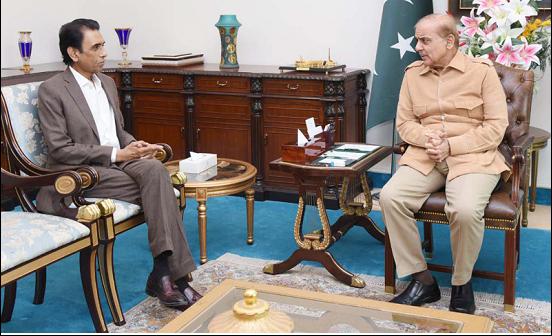 ISLAMABAD:Muttahida Qaumi Movement-Pakistan (MQM-Pakistan), a coalition partner of the Pakistan Muslim League-Nawaz (PML-N) government, has come out in favour of immediate elections in the country. Dr. Khalid Maqbool Siddiqui, Convener of (MQM-Pakistan) called on Prime Minister Shahbaz Sharif. According to a statement from the Prime Minister s Office, the current political situation in the country was discussed. The MQM leader paid tribute to PM Sharif for prioritizing the projects of public welfare and for his directives to immediate implementation of development projects relating to the people of Karachi. Shehbaz Sharif welcomed the cooperation of the allied parties in the implementation of government reforms and termed the cooperation of the allies as key in future decisions in the national interest. On the other hand, the inside story of the meeting between MQM convener Dr Khalid Maqbool and Prime Minister Shahbaz Sharif has come to light. The ruling coalition party MQM also came out in support of immediate elections in the country. Siddiqui said that in difficult times we have to look at the state, sacrifice politics and take difficult decisions to save the state. The MQM while putting forward its proposals to the Prime Minister, opposed the hike in prices of petroleum products. Talking to reporters informally in Islamabad, the MQM leaders said that the government should differentiate between the rich and the poor regarding the prices of petroleum products. adding that the petrol price for motorcyclists should be kept different as that of people having cars and big vehicles. The said that the solution to the issues is general elections and form government with fresh mandate.The MQM leaders went on to say that the electoral reforms can be done within a week.