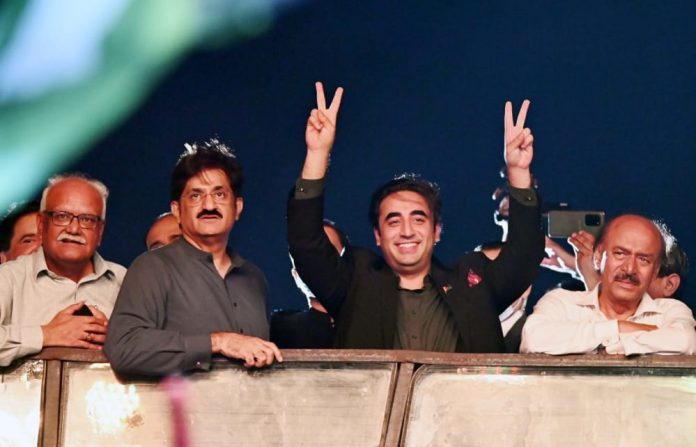 KARACHI: Firing a broadside at PTI Chairman Imran Khan, Foreign Minister Bilawal Bhutto-Zardari alleged that the former prime minister “wanted every institution to turn into his tiger force”. Addressing a crowd on his arrival to Karachi for the first time since joining Shehbaz Sharif’s cabinet, the PPP chairman congratulated his supporters — referred to as jiyalas — for their victory in removing the PTI government from power. “Democracy has won, all four provinces have won. We have sent the selected, puppet and incompetent prime minister home,” said Bilawal.   The PPP chairman, who is the foreign minister in Shehbaz Sharif’s cabinet, said that his jiyalas are “always successful” when they come out for the protection of the Constitution and take on the dictator of the time. He added that his supporters started their movement when Imran Khan came to power. “We were standing against this undemocratic person since day one. We looked into his eyes and said you were not elected but selected. We faced injustice but did not sell our principles,” said Bilawal. The PPP chairman went on to say that when he began his long march, he asked Khan to dissolve the assembly but he was under the influence of power and did not listen to the then Opposition. Bilawal said that the then Opposition submitted the no-confidence motion against Khan when his caravan reached Islamabad.