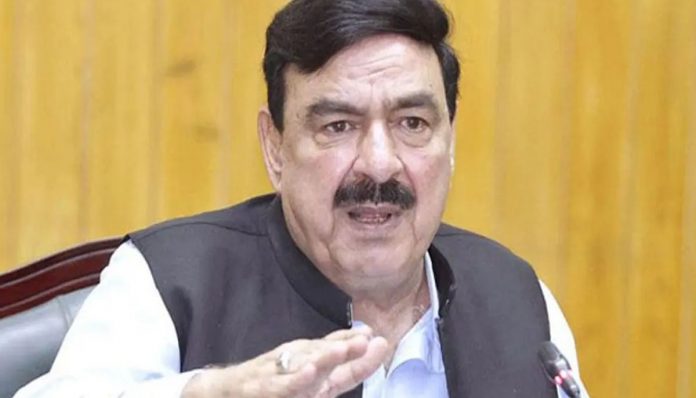 FAISALABAD: Former interior minister and Awami Muslim League President Sheikh Rasheed Ahmed on Sunday warned that if PTI Chairman Imran Khan is arrested, Pakistan will turn into Sri Lanka. Sri Lanka, a country of 22 million people, is currently facing the worst economic and political crisis in its history ever since it gained independence in 1948.  Rasheed, while addressing a press conference at Faisalabad’s Serena Hotel earlier today, said that the incumbent coalition government had become directionless and was unable to handle the situation. “The government should call Nawaz Sharif back now.” Rasheed said that if Imran Khan is arrested, the PTI has already devised a strategy to deal with the situation, adding that the country would plunge into a political crisis and would witness a Sri Lanka-like situation.  Taking a jibe a the Pakistan Democratic Movement (PDM), a coalition of parties that successfully toppled the PTI-led government through a motion of no-confidence, Rasheed said that Imran Khan had become the nation’s hero despite his ouster.  “The politics of 11 parties have died and the time to give respect to the vote has ended because votes were sold for Rs250 million,” he said. The former minister also criticised MQM-P and the Balochistan Awami Party (BAP) for parting ways with the PTI. Later on, while addressing a jalsa in Faisalabad, Rasheed said that the country is soon going to become a defaulter, therefore, state institutions should intervene.  “Shahbaz Sharif, you should address the nation and declare whether you’re going to go to the International Monetary Fund (IMF) or not,” he said, adding that the country has fallen short of $6 billion within a month.

He said the state institutions should take all stakeholders on board, form a national government, appoint a technocrat prime minister, and hold the elections by September.