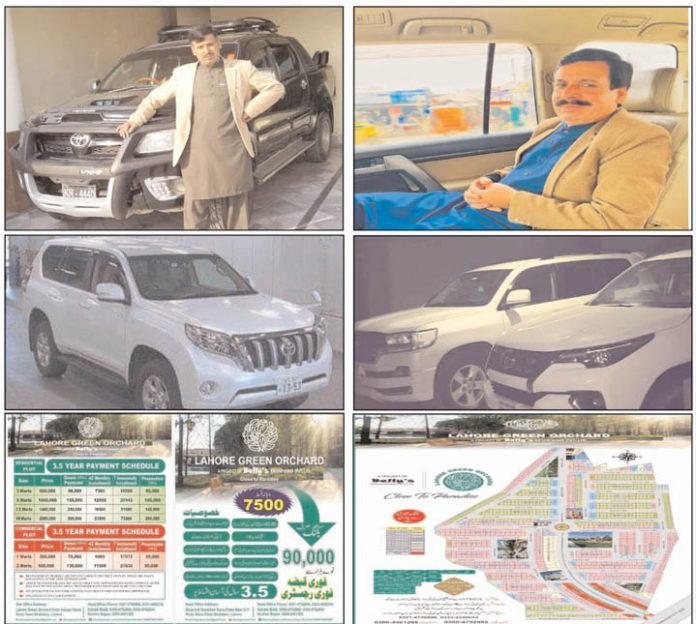 (Lahore: By Saeed Virk) Tanweer Bajwa was a wagon conductor now enjoys having number of luxurious and highly expensive cars. He became a billionaire within a few years. Point News special investigative reports discloses eye opening facts about him which are highly sensational. Tanweer Bajwa owns 300 acre land, a commercial plaza and billions of rupees in his accounts.He started sales purchase of land and was indulged in mega fraud cases and cheated many people and made huge money. He was jailed in Shekhupura against fraud cases but jail did nothing wrong with him and his frauds reached to new heights and he became master criminal. There are other dazzling facts about him which would be revealed soon and to be brought before law enforcement agencies, NAB and other to bring him onto the circle of justice and accountability. Further details about his corruption would be brought into light soon and would be brought into notice of law enforcement agencies and relevant authorities.