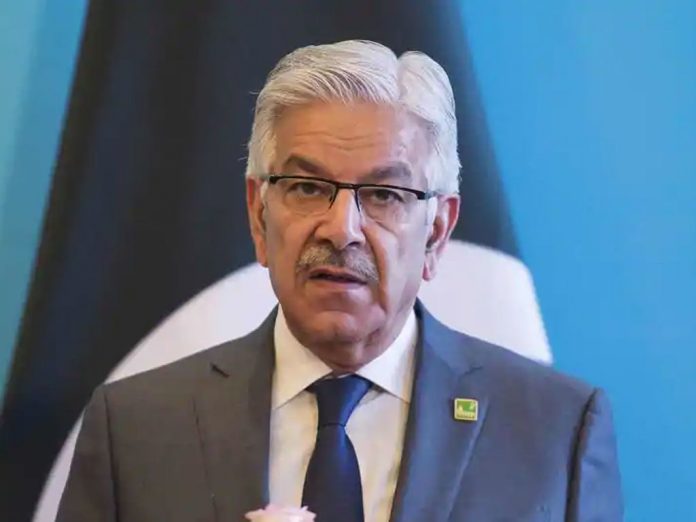 LONDON: Federal Minister for Defence Khawaja Asif on Wednesday revealed the possibility of the general election in Pakistan being held in November, prior to the appointment of the new army chief., the defence minister said that there is a possibility that the caretaker government might leave before November and a new government will come into power. Regarding the extension of Chief of Army Staff General Qamar Javed Bajwa, he said that the army chief had announced that he wasn’t seeking an extension in his tenure. “I welcome his decision as it has closed the door on speculations,” he said, adding that the former army chief General (retd) Raheel Sharif, too, had never “directly or indirectly demanded an extension”.Gen Bajwa will remain in office till November 2022, after his three-year tenure was extended in 2019. Asif further mentioned that if Lieutenant General Faiz Hameed’s name would be on the seniority list, the coalition government will consider him for the post. “All names present on the seniority list will be considered,” he asserted. “There is a sanctity of the army and should not be a topic of discussion in the public domain,” he said, adding that the process of appointment of the army chief should now be “institutionalised” just how it happens in the judiciary. Referring to the political upheaval last month in the wake of the no-confidence motion against Imran Khan and the Supreme Court’s verdict, the defence minister said: “What happened last month gave us [the coalition government] the opportunity to start afresh”. “I believe that the process of [the] army chief’s appointment should 100% be based on merit. Moreover, it is an important issue and should not be the subject of political debate,” he added.