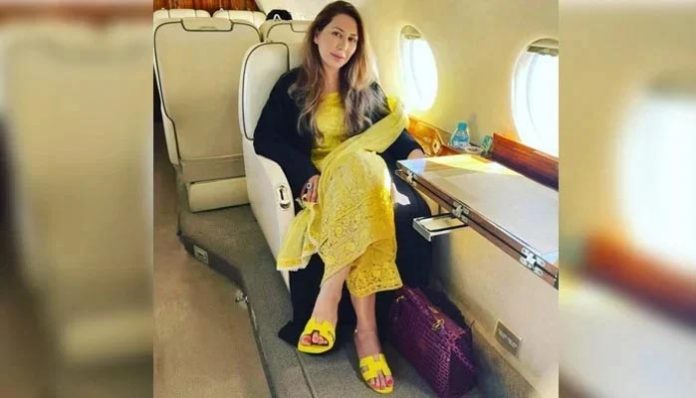 ISLAMABAD: Asad Rasool — who is a tax adviser to former first lady Bushra Bibi’s friend Farah Khan — has termed all the allegations levelled against his client “baseless and false”.Speaking at a press conference, Advocate Rasool said all of Farah Khan’s financial matters — which are being made part of controversy — took place before Usman Buzdar became the chief minister of Punjab. “Therefore, all the allegations against her are false,” he added.  He said that Farah’s wealth did not increase four times during the previous government’s tenure. “Till June 30, 2018, her assets were worth Rs700 million,” added Rasool.  Rasool further said he will answer if there are any legal queries, however, he will not answer any political questions.  Earlier, PML-N’s leader Ataullah Tarar had said that Farah Gogi “looted the people of Punjab for three years” and former prime minister Imran Khan benefitted Farah with Rs320 million through the Tax Amnesty Scheme 2019. Punjab Police officials were posted outside the Lahore residence of Farah Khan, for over three years, even though neither Khan nor her husband held a public office during that period. The cops were posted outside her home, in the upscale Defence area of Lahore, first in September 2018 — a month after Imran Khan was elected as the prime minister — a police officer who was on duty there confirmed while speaking on the condition of anonymity.