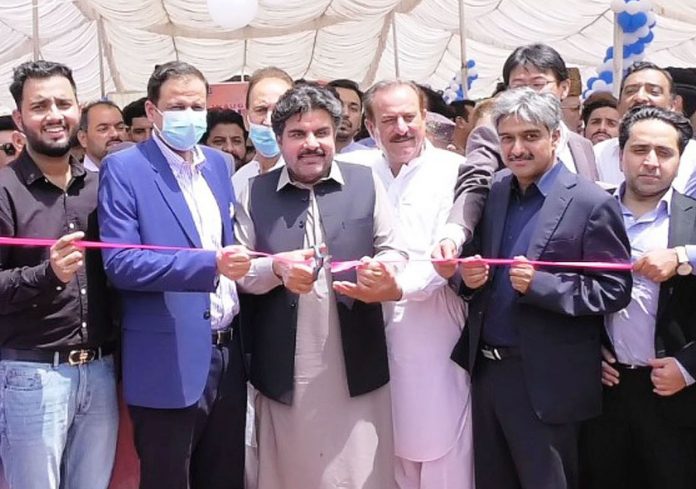 KARACHI: Sindh Local Government Minister Nasir Hussain Shah alongwith others on Monday inaugurated door-to-door garbage collection operations in district Central, North Nazimabad Zone and Landhi Zone and Model Zone of Korangi District. Administrator Karachi Barrister Murtaza Wahab, Managing Director Sindh Solid Waste Management Board (SSWMB) Zubair Ahmed Channa and other notables were also present on the occasion. Addressing the gathering on the occasion, the LG Minister said that according to the vision of Chairman PPP Bilawal Bhutto Zardari, they have now started a journey of “Clean Karachi now”. He said”The door-to-door garbage collection operations are now being launched in district Central, North Nazimabad, Landhi and Model zones of Korangi District by SSWMB and the operation will also be started in other zones of Central in next few months.” He said”The SSWMB is doing a good job under the leadership of its Managing Director (MD) Zubair Ahmed Channa.” He also appreciated the performance of the officials of the private sanitation company and said that he hoped that they would further improve the sanitation situation in Karachi. Administrator Karachi Barrister Murtaza Wahab said”SSWMB is a dynamic organization. We were facing criticism from Korangi and Central districts areas because due to some reasons the operation was started late but despite the situation, the SSWMB provided all possible support in the Central and Korangi districts,” he added. He said”Full cooperation of citizens and media is required in connection with the cleaning operations.” He said”The SSWMB shifts around 8500 tones garbage daily to the landfill site while after the launching of operation in district Central, the number will touch ten thousand tones.”