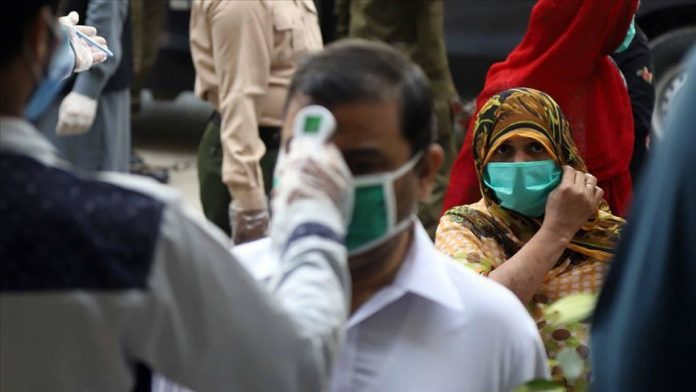 LAHORE: The World Health Organisation (WHO) raised questions on Pakistan’s COVID-19 death toll that laid bare how vastly the country had undercounted victims. According to a new WHO report, almost three times as many people have died around the world as a result of COVID-19 as the official data show. The world health body estimated that the COVID-19 pandemic killed around 15 million people worldwide in 2020 and 2021 — nearly triple the number of deaths officially attributed to the disease. Meanwhile, in Pakistan, the figure was eight times as high. “The full death toll associated directly or indirectly with the COVID-19 pandemic between January 1, 2020 and December 31, 2021 was approximately 14.9 million (range 13.3 million to 16.6 million),” the UN health agency said. Reacting to the WHO panel’s report, former special assistant to then prime minister on health Dr Faisal Sultan said the WHO data on coronavirus deaths in Pakistan is “not reliable”. Dr Sultan defended the government’s death reports, saying that studies of the number of graveyard burials in major cities did not reveal large numbers of uncounted victims of the pandemic. In a statement, he said: “I have to look at the WHO report in detail. We checked the cemetery record to determine the number of deaths from coronavirus. We also checked this record through our own system.” The figures are extremely sensitive due to how they reflect on the handling of the crisis by authorities around the world, with some countries, notably India, already contesting the far higher numbers. Dr Sultan said: “Our corona death record was accurate but it is not possible to have a 100% correct death toll, it could be 10-30% less but to say it was eight times less is unbelievable.” The former SAPM said the WHO report was based on hypothetical data which was “not authentic”.