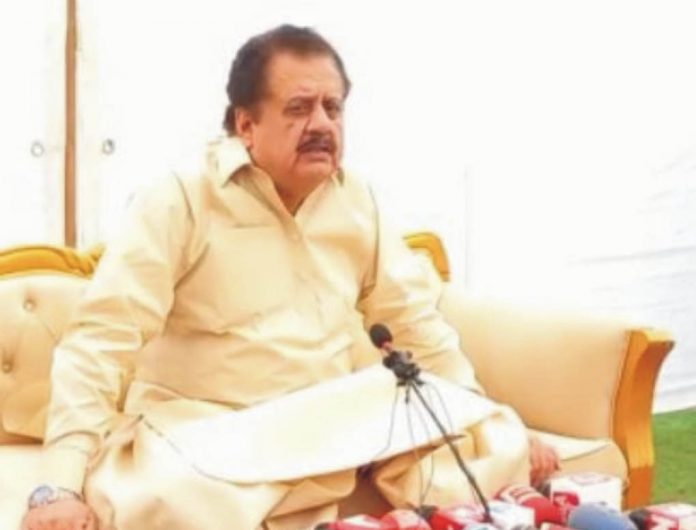 Bahawalpur (www.thenewslark.com) (Report By Wali Muhammad) Federal Minister for Food Security and Research Chaudhry Tariq Bashir Cheema has said that if Imran Khan could not hold elections in 126 days of sit-in then how will he hold elections now. Chaudhry Pervez Elahi is my Mohsin. Speaking to media in Bahawalpur, he said that he was not the only minister of his party who took oath in Shahbaz Sharif’s cabinet but also the son of party president took oath with me. He said that when Imran Khan was the Prime Minister, it was discussed with him many times that he should restore Bahawalpur province.He said that my position regarding Bahawalpur province is unequivocal and even if I am left alone to raise the voice of Bahawalpur province, I will continue to raise my voice. This is our core issue. We do not need ministries or anything else. No one is happy with South Punjab province. We only want restoration of Bahawalpur province. First we were made by the people of Lahore. Now join South Punjab. The federal minister said that he had also talked to his party leader Chaudhry Shujaat Hussain in this regard.