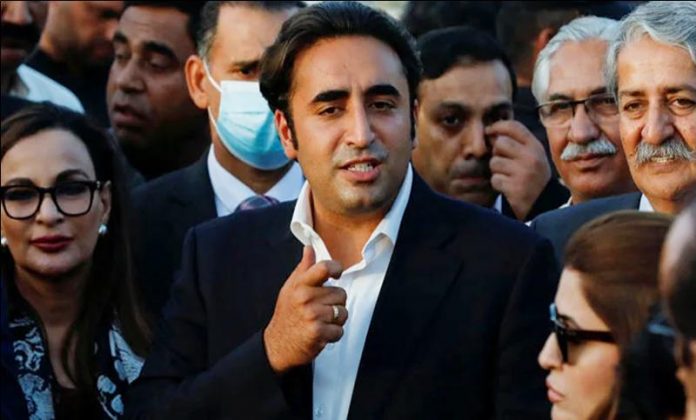 KARACHI: PPP Chairman Bilawal Bhutto-Zardari Monday said his party supports all institutions in their effort to transition from “controversial to constitutional” roles. According to a statement issued by the PPP Media Cell, Bilawal praised the Chief Election Commissioner (CEC), Sikandar Sultan Raja, for withstanding the pressure exerted by the former government and improving the functioning and standing of the Election Commission of Pakistan (ECP). “Imran Khan’s politics now is to target all institutions with his Mujay Ku Nahi Bachaya campaign; his politics is now based on lies and propaganda,” he said. Bilawal said the masses know that the only reason Imran Khan is targeting the ECP is that Raja — whom the PTI had chosen itself — “refused to turn the ECP into Imran Khan’s tiger force”.”He has stood with this institution and the Constitution, and if this attitude continues, we have hopes of seeing an empowered ECP in the future,” Bilawal added. The PPP chairman went on to say that Imran Khan’s protest call outside the offices of the ECP was tantamount to a “blatant pressure tactic to further bully, blackmail, and pressure the institution into not releasing the damning foreign funding decisions related to the PTI.” “All such efforts will fail. The truth will prevail, Insha Allah,” he added. On Sunday, PTI leader Fawad Chaudhry announced that the party will protest outside the ECP offices across the country against the CEC Sikander Sultan Raja’s “attitude”. Taking to Twitter, Fawad said that the PTI’s political committee met and reviewed “matters related” to the ECP.