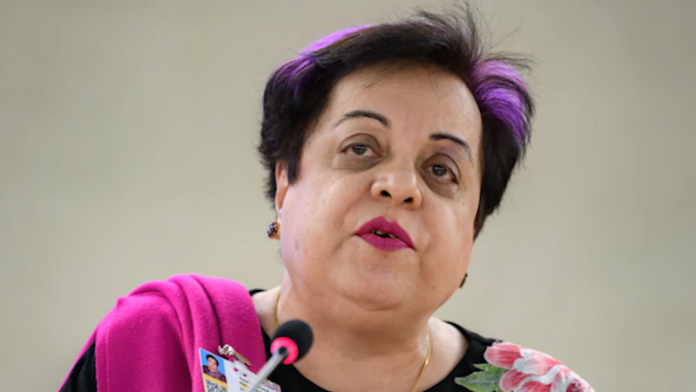 ISLAMABAD: Former minister for human rights Shireen Mazari has recently come under fire for “using the religion card” against Finance Minister Miftah Ismail. Taking to Twitter, Mazari shared a video of the finance minister while he was addressing a US thinktank Atlantic Council in Washington and alleged that he “made fun” of some Islamic concepts.  Miftah had departed for Washington in the early hours of Thursday to renegotiate the $6 billion Extended Fund Facility programme with the International Monetary Fund (IMF). In the video, Miftah could be heard telling journalists about the no-confidence motion that led to the ouster of PTI Chairman Imran Khan from power. He then narrated how the former prime minister built a narrative of good versus evil, where the Opposition was painted as evil. “The former prime minister essentially then started talking about some Quranic verses called Amr bil Maroof wa Nahi anil Munkar (promotion of virtue and prevention of vices). Somehow, we (the Opposition) were the standards bearers of vice and he was the standard bearer of virtue.” Miftah went on to say that the Taliban also used the same reference during their previous incarnation, adding that they had a ministry with a similar name.  In response to Miftah’s statement, Mazari called him out and wrote: “Shame on Miftah Ismail. While flattering America, he is mocking the basic Islamic concepts like Amr bil Maroof.” She added that Miftah’s “ignorance was evident from the way he was stuttering during his speech”.”Isn’t anything sacred to this gang of thugs?” she said.