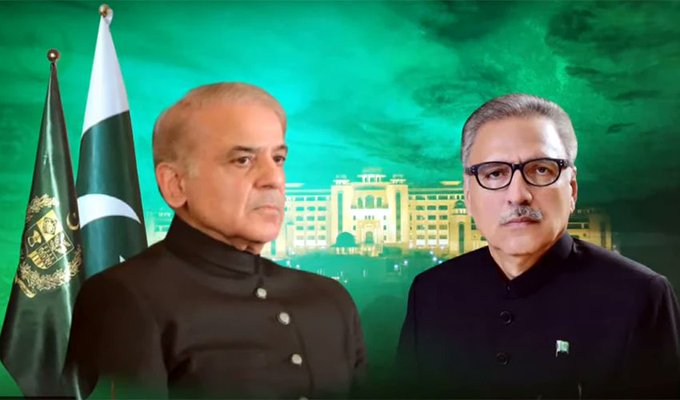 ISLAMABAD: Prime Minister Shehbaz Sharif briefly met President Arif Alvi at Aiwan-e-Sadr today (Wednesday),
According to a statement issued by the President’s Secretariat, during the meeting, the two sides discussed matters related to the political and economic situation in the country.

Sources privy to the matter said that the meeting lasted for just 15 to 17 minutes.

Earlier, the sources said that both the leaders will discuss the appointment of new governors in all the four provinces and the crisis that erupted after Punjab Governor Omar Sarfraz Cheema postponed the oath-taking ceremony of chief minister-elect Hamza Shehbaz.

The meeting was aimed at reducing the bitterness and the political tensions that have enveloped the county after the ouster of the Imran Khan-led government through a no-confidence motion, the sources had said.

It is important to note that the president did not administer the oath to the prime minister and the federal cabinet.

On April 19, President Dr Arif Alvi had instructed Punjab Governor Sarfaraz Cheema to continue to hold office despite a summary moved by the premier seeking his removal.

“The Punjab governor would continue to serve till a decision on a summary for his removal was taken,” a statement from the president had said.