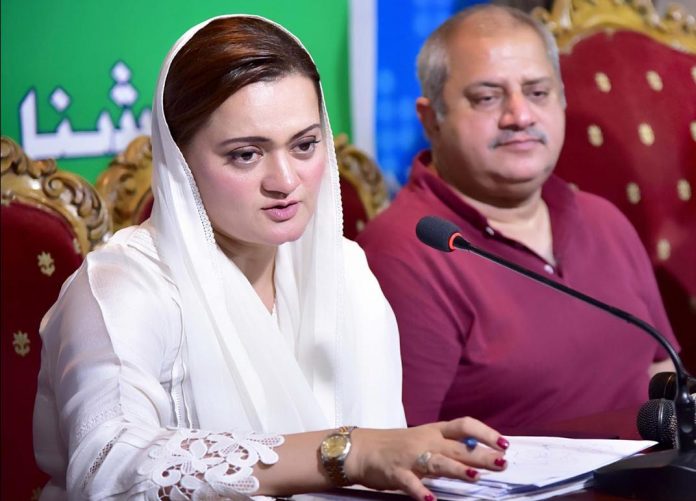 ISLAMABAD: Minister for Information and Broadcasting Marriyum Aurangzeb on Wednesday said that the federal cabinet was briefed on the economic disaster, unprecedented criminally irresponsible fiscal acts during past 4 years by Imran Khan. In a tweet, she said that during Imran’s rule, inflation, poverty, unemployment, debts and deficits rose. She said that Imran Khan’s term was marred by corruption and this was the reality of Naya Pakistan. Quoting the figures, she said that in fiscal year 2017-18, GDP growth stood at 6.1 percent which fell to only 4 percent in 2021-22. She said that in 2017-18, the CPI inflation was at 3.9 percent which shoot up to 10.9 percent in 2021-22 whereas the SPI inflation which was at 0.9 percent in 2017-18 increased to 17.3 percent.The food inflation which stood at 2.3 percent during 2017-18 shoot up to 10.2 percent, she maintained.