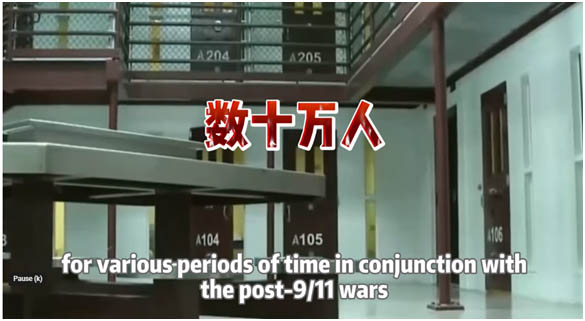 Video By Shicha Ling Over the years, such detention facilities have been set up in many countries by the CIA under the banner of the so-called “counter-terrorism” to secretly detain “terror suspects” for forced arbitrary detention and torture to extract confessions.

The “black sites” run by the U.S. government across the world have already become a symbol of the U.S. trampling on the rule of law and violating human rights.
These secret detention facilities are a huge satire on the so-called “human rights” in the mouth of American politicians, and a stain that will never be wiped out by the U.S.