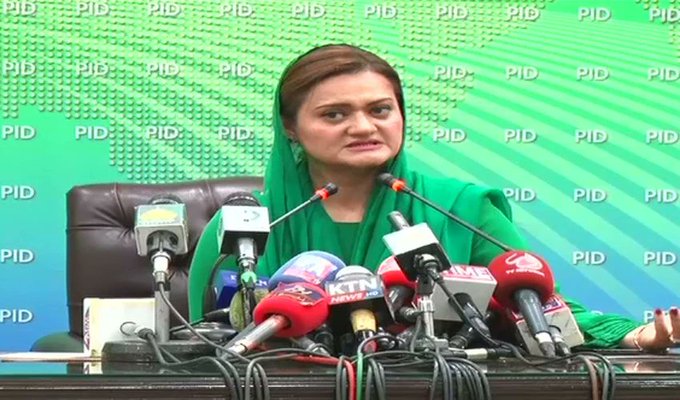 ISLAMABAD: Minister for Information and Broadcasting Marriyum Aurangzeb on Tuesday ruled out setting up the Pakistan Media Development Authority (PMDA) as there was no need for any other regulatory body in addition to the Pakistan Electronic Media Regulatory Authority (PEMRA). “Whatever work has been done on the black law related to the PDMA and and in whatever shape it is … it has ceased to exist. We will not bring any black law which violates the citizens’ constitutional right of freedom of expression,” she said in her maiden news conference after assuming charge of the office. The minister said the joint action committee, formed in the backdrop of PMDA comprising all the stakeholders, would now work out a solution, which would not only be implementable but also acceptable to all. As regards the Prevention of Electronic Crimes (Amendment) Ordinance, 2022, she said another black law through which the previous government had tried to gag the media and its opponents, had been struck down by the court on the petitions filed by Prime Minister Shehbaz Sharif and multiple organizations. The PECA, 2016 would be reviewed in consultation with all the stakeholders to ensure effective regulation of the social media, she said, vowing that the freedom of expression right would be protected at all costs. Marriyum said the freedom of expression was not only imperative to evolve the society, but also crucial to the good governance. She resolved to steer the media sector out of the dark era that had brought financial constraints, curbs, threats, physical assaults and unemployment. Lashing out at the previous rulers for using the law to muzzle the media and crush their opponents, she said in the last four years, the nation only witnessed the politics of bullying, abuse and intimidation. The suffocation in the society was conspicuous, while the doors of the Parliament were closed and legislation was enacted through ordinances, she added. The minister said now a new era had begun which would bring the politics of abuse and intimidation to a complete halt. She said the present government would not mind constructive criticism, urging the media to criticize it for the sake of guidance. She said the Journalist Protection Law would be implemented in true letter and spirit. “We had not imposed any restriction on the media in our previous tenure and this will not happen now,” she added. She recalled that PEMRA did not issue even a single notice to any TV channel on holding debates over the Panama Leaks during the previous government of Pakistan Muslim League-Nawaz. Prime Minister Shehbaz remained Punjab’s chief minister for a decade and had never imposed restriction on the media.