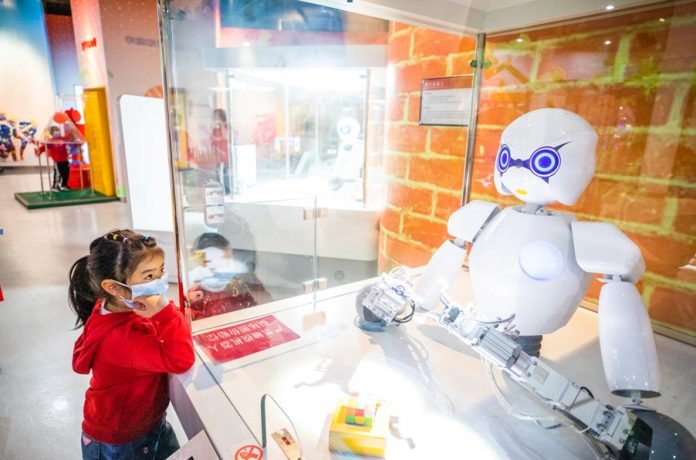 By Guo Jiping, People’s Daily
After orbiting Earth for six months, the three crew members of China’s Shenzhou XIII mission have departed from the Tiangong space station and returned to the mother planet on April 16th, finishing the nation’s longest manned spaceflight.
The progress made by Chinese aerospace toward the deep universe is a miniature of the Chinese scientific and technological world scaling new heights.
Today, the world is at a vital historical juncture of a new round of scientific and technological revolution, as well as a new round of industrial reform. China, learning from its historical experiences and conforming to the trend of the times, is advancing sci-tech innovation for the future of the country and the Chinese nation. It has become a major country in sci-tech innovation with wide international influence.
According to the World Intellectual Property Organization (WIPO), China’s international patent applications through the Patent Cooperation Treaty recorded 69,500, ranking first worldwide for the third consecutive year. China also ranked 12th in WIPO’s Global Innovation Index in 2021, up from 34th in 2012.
Behind such historic achievements are China’s far-sighted strategies. Over the past ten years, Chinese President Xi Jinping has reiterated that China’s development hinges upon innovation, and innovation holds the key to China’s future. He has personally planned, deployed and promoted a series of major measures in scientific innovation.
Behind such historic achievements are also China’s concrete actions to open wider. In today’s world, a country’s sci-tech innovation capability to a large extent relies on its ability to integrate global innovation resources. Last year, 25 foreign-funded research and development (R&D) centers were newly established in Shanghai alone, which mirrored that China has become a new high ground of global research and development. Media reports that in a new century when global economy is “turning eastward,” China has become a cradle for innovation that attracts a number of professionals in many major sci-tech sectors.
The world is witnessing accelerating profound changes and a pandemic unseen in a century, as well as increasing global challenges. Science and technology is the key to solving global issues, and open sci-tech innovation remains the best approach. History proves that the energy for long-term global economic development comes from sci-tech innovation. To break development barriers, the world must resort to sci-tech innovation. Facing challenges such as COVID-19, climate change, deteriorating environment, frequent natural disasters, energy scarcity and food security, the world must find effective ways to cope with them through scientific innovation.
To address the need of the times, China is unremittingly pursing international sci-tech cooperation and benefiting the mankind through its own sci-tech innovation. The country has carried out sci-tech cooperation with 161 countries and regions, signed 114 inter-governmental sci-tech cooperation agreements and started the construction of 53 joint laboratories with countries participating in the Belt and Road Initiative to enhance cooperation on innovation.
China has promoted its onshore oil and gas reserve exploitation, power generation, as well as super- and ultra-high voltage power transmission technologies in more than 30 countries along the Belt and Road. It has also joined more than 200 international and multilateral sci-tech organizations, becoming an important country in improving global scientific governance.
Facing a new round of sci-tech revolution and industrial reform, major countries in the world have all rolled out strategies to spur innovation, which has made global sci-tech competition unprecedentedly fierce.
International sci-tech competition is usual, and healthy competition makes countries stronger and promotes common progress of the world. However, some countries, for their own monopoly on technologies, have abused the notion of national security and contained other countries’ sci-tech progress, politicizing and weaponizing scientific issues.
This would only impede the global sci-tech progress. The history of science fully indicates that open communication is vital to frontier technological development. For instance, the first image of a black hole was a joint effort of more than 200 astronomers worldwide. To advocate “scientific decoupling” hurts global industrial development. The International Monetary Fund warned that some countries may see a loss of 5-percent of their GDP because of technological divide.
The pandemic and other factors are widening the North-South gap. Countries with technological advantages should fill the gap with technological cooperation, rather than imposing technological blockade against developing countries.
When the People’s Republic of China was just founded, it has been facing foreign technological blockade and containment. However, it has never shaken the confidence and will of the Chinese people. They see the upgrading foreign blockade as a power the drives them to work harder, and resort to independent innovation for developing their own technologies.
China is committed to realizing high-level sci-tech independence, but that doesn’t mean that the country will shut the door for cooperation. Eyeing the future, China will advance international sci-tech exchanges with an opener mind and measures, and fully exploit international innovation resources to enhance innovation partnership and work with the rest of the world to promote global sci-tech progress and innovative development.