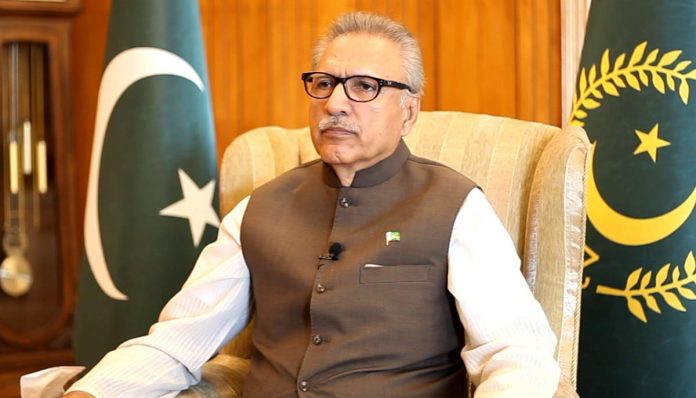 ISLAMABAD: President Arif Alvi Saturday excused himself from administrating oaths to the federal cabinet members, following which the ceremony has been postponed, Geo News reported, citing sources. According to sources, in the absence of President Alvi, Senate Chairman Sadiq Sanjarani will administer the oath to the members of the federal cabinet. Meanwhile, sources in the president’s house stated that the oath-taking ceremony is likely to take place either tomorrow (Tuesday) or the day after tomorrow (Wednesday). The federal cabinet was scheduled to administer the oaths tonight at 8:30pm; however, when the prime minister’s office contacted the president’s office, Alvi refused to administer oaths. Earlier, during an informal conversation with journalists, PPP leader Khurshid Shah revealed that the PML-N will have the majority in the cabinet with 14 ministries. The PPP will have 11, and the JUI-F will be given four ministries. Meanwhile, the rest of the seven positions will be allotted to other allies. According to sources, the following is the list of the party-wise divisions of ministries: