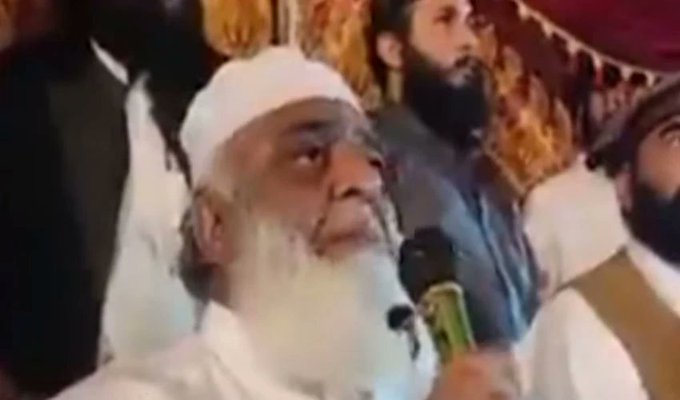 ISLAMABAD: Jamiat Ulema-e-Islam-Fazl (JUI-F) leader Maulana Fazl-ur-Rehman has demanded early elections while stating that there is no sense of practicality in what is happening now, According to details, the JUI-F head while addressing his followers said that is was never his party’s wish to unnecessarily prolong the joint opposition’s tenure Maulana Fazl-ur-Rehman also said that we overthrew Pakistan Tehreek-e-Insaf’s (PTI) government so that the people of Pakistan could be given their mandate back. “Now it is our responsibility to give back the nation what we promised”, he added. The JUI-F leader further said that that if there is any problem with the electoral system, it should be rectified for the time being and the general elections should be announced as soon as possible. It merits mention here that, in the first phase of the new federal cabinet swearing in, 10 to 12 ministers will take over their portfolios, while Bilawal Bhutto could be considered for the post of foreign minister. In addition, Khawaja Asif may get the portfolio of Commerce, Rana Sanaullah may get the portfolio of Interior Minister and Maryam Aurangzeb may get the portfolio of Information Minister. Murtaza Javed Abbasi could be made Deputy Speaker National Assembly. In this regard, sources said that Hina Rabbani Khar could get the portfolio of Minister of State for External Affairs, Shazia Marri of PPP or Mustafa Nawaz Khokhar for the portfolio of the Ministry of Human Rights. Sources said that Miftah Ismail will be given the post of Finance Advisor. Whereas, Rana Tanveer may get the portfolio of Parliamentary Affairs and Rana Sanaullah may get the portfolio of Interior Ministry. Shahid Khaqan Abbasi has apologized from taking the portfolio of a ministry, however he will look into energy matters without holding any office.