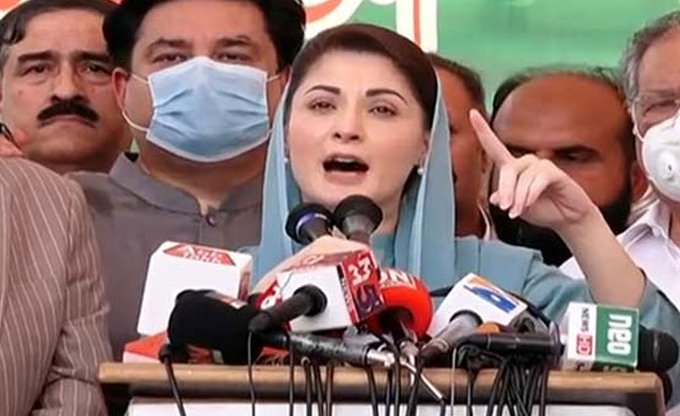 LAHORE: PML-N Vice President Maryam Nawaz said Monday another “lie” of PTI Chairman Imran Khan had been unveiled after the government “exposed” the PTI’s recent Twitter trends. “Imported government not acceptable (imported hukumat na manzoor)” has been trending for several days after Khan was voted out of power on April 10 — making him the first prime minister to be removed through the no-confidence motion. “Another IK lie exposed, another conspiracy unveiled,” Maryam said in a tweet after PML-N spokesperson Marriyum Aurangzeb had revealed that the top trend was being run through bots. The PML-N vice president said: “Turns out that the slander campaigns against state institutions and lies about international conspiracy were churned out and spread by no more than a handful of people employing hundreds of fake accounts and bots.” Maryam said Khan led the Twitter campaign and claimed the government had “tracked down” the criminal ring from PTI. “More facts will surface in the coming days. No lie will save you Now!” In a press conference earlier in the day, Aurangzeb said the PTI was running trends to malign state institutions, build a false narrative, and mislead the people of Pakistan. The PML-N spokesperson said the trends instigated hate speech and online violence. In a day, the trend was initiated by 924 Twitter handles, while only 709 of these accounts were active ones. Of the 924 Twitter handles, 532 Twitter accounts were bots. Meanwhile, Aurangzeb said the data, which was obtained from Twitter, showed that 177 human accounts were being operated, while there were only 33 original accounts.