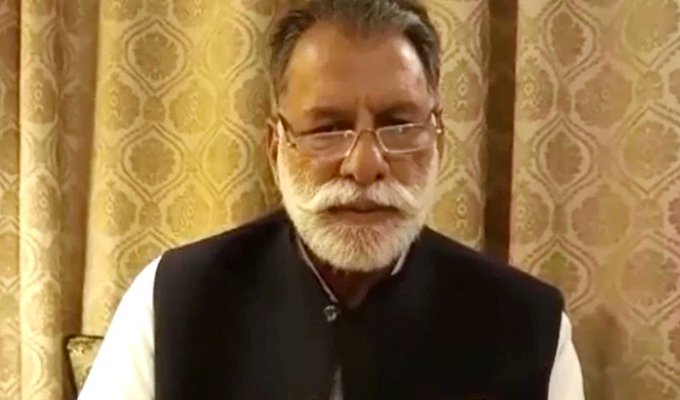 ISLAMABAD: Prime Minister Azad Jammu and Kashmir Abdul Qayyum Niazi has resigned from office after PTI members filed a no-confidence motion against him. Speaking during a press conference following his decision to step down from the post, he questioned why a no-trust motion was initiated against a sitting government, adding that his records in terms of corruption were clean. “I have resigned from the prime minister’s office as my party members filed a no-confidence motion against me,” Niazi said, hours after he sacked five ministers of his cabinet.  “I am a democratic person and will always remain with Imran Khan. I took my democratic decision and resigned in a dignified manner,”  Niazi said, adding that the resignation was first sent to the party chairman and then to the president. Twenty-five members from the ruling PTI in AJK had filed a no-confidence motion this Tuesday against Niazi, accusing him of failing to implement the party’s manifesto and creating a mess. The motion — filed under Article 18 of the Constitution of Azad Jammu and Kashmir — said Niazi had lost the confidence of the parliamentary party due to the non-implementation of the party manifesto together with mismanagement, nepotism, breach of merit, and failure to highlight the Kashmir issue. The PTI MLAs have proposed the name of PTI regional head Sardar Tanveer Ilyas for the PM’s slot under the Constitution of Azad Jammu and Kashmir.