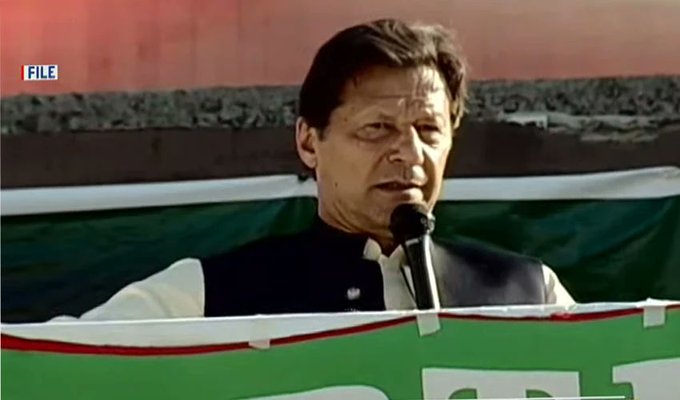 PESHAWAR : Pakistan Tehreek-e-Insaf s first power show after leaving government, PTI s demonstration of people s power in Peshawar, a field was set up on Ring Road, tight security arrangements, Imran Khan and other leaders should address the meeting. WillThe first meeting of Pakistan Tehreek-e-Insaf (PTI) is being held in Peshawar after the government took over. A large number of workers arrived at Shaheed Benazir Ground. Three gates have been set up at the entrance, one for VIPs, one for women and one for workers. DJ Butt also composed Pashto anthems to warm the blood of the workers in the venue. Strict security arrangements were made for the venue. On the other hand, Pakistan Tehreek-e-Insaf (PTI) announced a meeting on April 16 at Karachi Bagh Jinnah Ground. PTI obtained permission from the concerned agencies. President PTI Karachi Bilal Ghaffar said that the request for permission was sent to DC East, Commissioner Karachi, IG Sindh, AIG Karachi, Home Secretary and management of Mazar-e-Quaid. The petition was filed by PTI Karachi President Bilal Ghaffar. According to PTI spokesperson, Chairman PTI Imran Khan will address Bagh-e-Jinnah rally in Karachi on April 16. A large number of Karachi citizens will arrive to attend the rally. Measures are also demanded. Bilal Ghaffar said that security measures should be ensured for the responsibility of property and life of the citizens. Meanwhile, the PTI has applied to the district administration for permission to hold a rally on April 21 at Minar Pakistan. A request was made to Deputy Commissioner Lahore by PTI Lahore President Imtiaz Sheikh.
According to the text of the petition, a meeting will be held on April 21 at Minar Pakistan. Imran Khan will address the meeting. The meeting should be allowed.