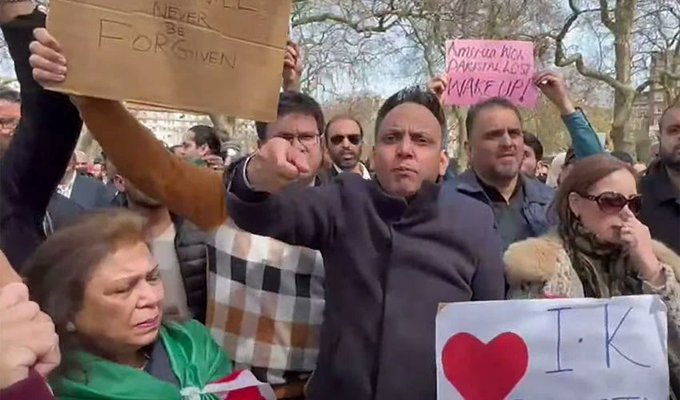 PTI supporters came out on the streets on the call of Imran Khan to protest his removal from office.

A day before the premier was voted out of power, he, during an address to the nation, had said that he will not tolerate the installation of a “foreign government” in Pakistan and that he will turn to the public for support if such a thing happens.

Reiterating his stance on the no-confidence motion, he said that he will never accept an “imported government” and will look up to the public for their decision.

Imran Khan had urged the nation to come out of their homes on Sunday (today) after Isha prayers for a peaceful protest.

“All the people should come out of their houses to protest against the ‘foreign-funded drama’ and I will be there with you as I will never accept this foreign conspiracy against Pakistan,” he concluded.